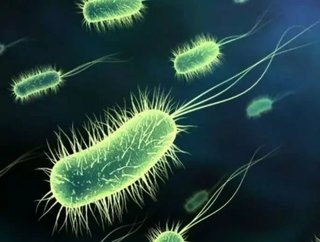 Penn State researchers have discovered a low-energy way to harvest hydrogen fuel that may offer a limitless supply of the clean-burning power source. H...

Penn State researchers have discovered a low-energy way to harvest hydrogen fuel that may offer a limitless supply of the clean-burning power source.  Hydrogen is a dream fuel that was not so long ago touted as the best alternative to a fossil fuel powered society.  It holds more stored energy than any fossil fuel, such as coal, natural gas or oil, and its byproduct isn’t poisonous carbon monoxide or dioxide, but rather chemically pure water.  The only problem in propagating this miracle fuel is that, since hydrogen does not naturally occur on earth, it has traditionally required excessive energy to generate the fuel through means such as electrolysis, where an electrical current is passed through water to break apart oxygen and hydrogen molecules.  The Penn State researchers, however, may have found the answer, and it lies in bacteria.

Bacteria have been a cornerstone in the quest for alternative fuels such as biodiesel and ethanol, yet few have examined the possibility of bacterial hydrogen generation.  But in 2009, researchers discovered a special strain of bacteria that splits water molecules.  The only problem is that the bacteria need a small electrical charge to activate, again requiring excess energy to produce energy.  But the Penn State team led by professor of environmental engineering Bruce E. Logan has found a way to excite the bacteria using an electrochemical reaction between saltwater and freshwater.

Panda's may be Key to Cellulosic Biofuels

The process is simple.  Desalinating water, that is, removing salt from saltwater, requires extensive energy.  So, the researchers hypothesized that adding salt to freshwater would have the opposite effect, and essentially create energy. “If you think about desalinating water, it takes energy,” says Logan. “If you have a freshwater and saltwater interface, that can add energy. We realized that just a little bit of that energy could make this process go on its own.”

Logan’s team created cells that separate freshwater and saltwater with a membrane that allows ions to pass through, but not water molecules.  The ions from the saltwater pass through the membrane toward the freshwater to balance osmotic forces, thus creating a charge.  While the energy produced is relatively small, it can be generated 24 hours a day and is sufficient enough to activate the hydrogen splitting bacteria.

The researchers set up a series of cells with the final anode being used to host the bacteria.  The bacteria were supplied with a feedstock of acetate and the results are impressive. The cells were between 58 and 64 percent efficient and produced between 0.8 to 1.6 cubic meters of hydrogen for every cubic meter of liquid run through the cell each day. The researchers estimate that only about one percent of the energy produced in the cell was needed to pump water through the system.

This technology may potentially offer an unlimited supply of hydrogen; however, there are two problems to contend with.  First, the cells require an expensive platinum-based cathode to operate at high efficiencies.  Cheaper molybdenum cathodes can be substituted, but efficiency is reduced dramatically.  The second problem is the requirement of a feedstock for the bacteria.  This is the problem also facing most other forms of biofuel production as well.  However, the bacteria used aren’t particularly picky when it comes to the source of acetate they require.  In fact, wastewater could hypothetically contain enough feedstock to run the system.  Essentially, these cells could be connected to a sewage line and continually produce hydrogen so long as there’s a local source of saltwater available.