Hydrogen: the Future of Fuel 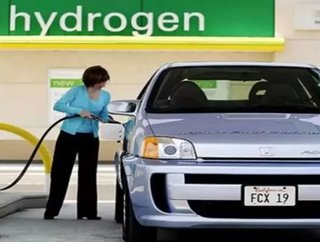 PRESS RELEASE As the Minister of State for Energy, John Hayes, arrived on the Isle of Wight he was collected from the ferry by a vehicle powered by hyd...

As the Minister of State for Energy, John Hayes, arrived on the Isle of Wight he was collected from the ferry by a vehicle powered by hydrogen before being driven by Channel 5’s transport guru, Quentin Wilson, to the Ecoislands Global Summit 2012.

The vehicle in question is the first hydrogen vehicle in production but the zero emissions, long range transport solution it provides may soon be in wide spread use across the island.

The Hyundai ix35 fuel cell vehicle is powered by hydrogen produced by energy storage experts, ITM Power. The hydrogen fuel itself is being produced on site at the summit by ITM’s HFuel, a self-contained module suitable for refuelling hydrogen-powered road vehicles.

It’s a solution that Quentin Wilson, a passionate advocate of hydrogen transport, sees as critical to the success of a low or zero carbon transport future: “Hydrogen is the future of road transport. It’s going to be half the price of petrol or diesel, it’s going to be completely carbon free and it’s easy to make. This is here and now, it’s close enough to touch. With a little more political will the manufacturers will all come together and you’ll see these cars on the road.”

Hydrogen fuel also has the support of the Minister’s office, the Department of Energy and Climate Change, which recently awarded a Technology Strategy Board’s grant to a project led by ITM Power that will see the integration of an electrolyser based refueller with the island’s renewable energy.

The project will design, build, install and operate two grid-connected hydrogen refuelling platforms on the Isle of Wight. A 15kg/day refueller will be used in a marine capacity located on the south coast of the Island, and a larger 100kg/day unit will be installed on a centrally located business park for the operation of a fleet of hydrogen vehicles.

“Hydrogen will be fundamental to our future energy mix, providing a balancing mechanism that will allow for increased renewable generation”, explained ITM Power CEO Graham Cooley. “As a transport fuel it provides a viable zero emissions, zero footprint solution; just like conventional fuels it takes 3 minutes to fill your car with enough hydrogen fuel to take you 400 miles”.

Low carbon transport and energy storage are key components in the Ecoisland’s project that will see the Isle of Wight become renewable energy self-sufficient by 2020 and sustainable by 2030.

As government ministers, islands and regional delegates, sustainability experts and technology partners came together at the summit to learn how the Ecoisland’s model can be replicated in communities around the world, Cooley spoke about the strong potential for national roll out following the demonstration on the island.

“Island systems face significant challenges in terms of energy balancing and high fuel prices. The hydrogen test-bed that we are developing with Ecoislands will allow us to understanding how to roll out these solutions across the country”.