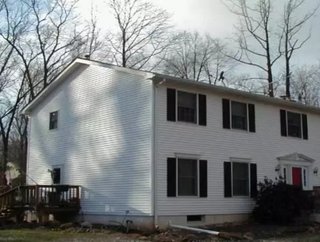 Written byJohn Shimkus, former editor of Energy Digital The hydrogen economy was not so long ago hailed as the answer to our worlds energy woes. Yet, h...

The hydrogen economy was not so long ago hailed as the answer to our world’s energy woes. Yet, hydrogen has since fallen by the wayside in favor of lithium-ion and compressed natural gas. In the past, generating hydrogen gas was too expensive, and amidst an ailing economy, even the Obama administration put a hold on hydrogen research and development. But with solar power finally reaching price-parity with coal, solar-hydrogen (using solar power to make and store hydrogen) is now an economical reality. Furthermore, considering that hydrogen can integrate seamlessly with electric and natural gas infrastructure, not to mention help with the world’s pending fresh water shortage, it won’t be too long before we see hydrogen once again take center stage.

In 2006, Mike Strizki gained international acclaim by developing the world’s first regulation approved home powered by renewable hydrogen energy. He has since been working to bring this technology to the masses. The concept is simple: use solar power to run a machine called an electrolyzer, which splits water molecules into the base elements hydrogen and oxygen. The hydrogen is stored in tanks, and can later be burned similar to natural gas for cooking and heating, or can be reformed in a fuel cell to create pollution-free electricity. Strizki’s home system even comes complete with a hydrogen fueling station to fill the tank of his fuel cell car… for free!

Hydrogen gas is an energy storage medium much like a battery, but unlike batteries, hydrogen will not lose its charge and doesn’t require strip-mining of rare earth metals like lithium. What’s better, unlike fossil fuels, when hydrogen is burned or reformed in a fuel cell, the only byproduct is chemically pure water!

The Hydrogen House’s 21-kilowatt solar array and 45-day hydrogen storage capacity has allowed Mike Strizki to sell electricity back to the grid at a staggering profit averaging $10,000 per year. “The ability to make your own fuel is priceless,” says Mike Strizki, Chairman of the Hydrogen House Project and President of Renewable Energy Holdings.

While the Hydrogen House’s technology has attracted high-profile celebrity clients to install systems on their private islands, the high cost of initial investment put the technology out of the price range of most households and businesses. Thus, the focus of the technology shifted elsewhere in recent years.

In 2009, Strizki and partners developed a spin-off project integrating the solar-hydrogen technology with a water filtration system scaled down to fit on a 16-foot trailer. The “Hydra” mobile water purifier and generator operates on renewable solar-hydrogen fuel and provides electricity, medical grade oxygen, and up to 75,000 liters of purified drinking water per day from any water source. The Hydra is ideal for disaster relief and military applications.

Simultaneously, Strizki developed a groundbreaking solar panel racking system called Genmounts. The design uses less aluminum and requires less installation time than most competitors. The company has expanded rapidly throughout the U.S. in less than two years, and all components are manufactured in America.

But in the summer of 2011, it finally happened… solar power reached price-parity with coal. Solar power was finally affordable, and so too was the solar hydrogen system Mike Strizki had pioneered 5 years earlier. In turn, Strizki revitalized efforts to commercialize the solar hydrogen system through his company Renewable Energy Holdings. He also relaunched his educational research and development non-profit organization. Now called the Hydrogen House Project, the organization educates future generations on the realities of a pollution-free hydrogen economy.

Unfortunately, the summer of 2011 also brought Hurricane Irene to the Mid-Atlantic U.S. coast. High winds brought massive trees crashing to the ground, and as a result, the flagship Hydrogen House prototype suffered damages to its solar inverters and fuel cell. Yet, while neighbors were left without power for days, Mike Strizki simply hooked up the fuel cell from his hydrogen-powered car to his home hydrogen system to keep the lights on.

Noveda Technologies, a leader in energy system monitoring software, has partnered with the Hydrogen House Project and Renewable Energy Holdings for data acquisition on the upgraded Hydrogen House. Soon, the Hydrogen House will be able to provide hard data on the efficiencies of its groundbreaking system. These numbers can then be scaled and modeled to advance research in hydrogen technology and further commercialize hydrogen systems.

The Hydrogen House Project is developing other applications for renewable hydrogen energy as well. Duffy Electric Boat Company, for example, has donated a $1.6 million concept electric speedboat called the “Voyager” for conversion to a renewable hydrogen fuel drive. The boat, along with a fuel cell car, motorcycle, and lawnmower (all designed and built by Strizki himself) will be featured at the Atlantic City Boat Show February 1-5, 2012.