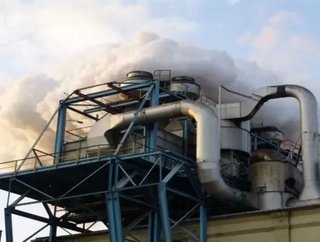 Harlequin Motors has just received a US patent of its Energy Retriever System (ERS) that acts not only as a waste heat recovery unit, but als as a com...

Harlequin Motors has just received a US patent of its Energy Retriever System (ERS) that acts not only as a waste heat recovery unit, but als as a complete system offering cooling capabilities, supplemental heat (for cold operating environments) and battery storage options.

The Energy Retriever System operates on a simple yet elegant premise. All internal combustion engines produce heat, but waste most of it. The ERS system captures the waste heat and harnesses it to propel the vehicle and to power most of the electrical equipment. The heat is passed on to a gas that is compressed into a liquid until it reaches critical temperature. The resulting pressure from this process is used to power turbines that turn generators and alternators to produce electricity. This electricity is used to power motors that assist in propelling the vehicle, charge batteries and provide power to the vehicles ancillary systems.

The ERS can be adapted for use on all types of motorized land vehicles (especially military, municipal, semi-trucks, private cars and city/county operated vehicles), some buildings as well as all ships and motorized watercraft. It can also be retrofitted to fit existing engines under certain circumstances.

Harlequin is aware of several other systems already on the market, none of which are capable of the Energy Recovery System efficiency. Additionally, most commercial systems require much more alterations of the engines, maintenance, monitoring during operation, higher cost of installation and a higher cost of operation. They are limited in the types of mediums available whereas the ERS is not. And in most cases they weigh more, use a less efficient means of absorbing heat, and require a greater warm up time as well.

Of the technologies that are currently being developed for energy recovery applications, thermoelectric generators (TEG) and organic Rankin cycle (ORC) systems are two approaches receiving considerable individual attention. The use of TEGs in heat recovery applications has been a major theme in the development of the field since the 1990s. Combining these two approaches into a dual-cycle system for thermal energy recovery has been researched where each system can operate in a different temperature space.

The ERS can work effectively over a broader range of temperatures, while TEGs can work effectively only across narrow temperature ranges. In addition most current systems try to recover heat at the very end of the engine exhaust point. The ERS will absorb heat all along the exhaust path from the engine and conclude at the engine exhaust. The ERS also works to reduce the load on the engine. All of the system components work to maximize the total waste heat recovered and maximize the overall efficiency.

Paul Corley's lifelong work with engines has helped to build his understanding of waste heat and methods to recover it. He spent 26 years as an officer piloting, navigating, engineering, and maintaining a variety of fresh-water and open-ocean vessels from tug boats to ocean going cargo vessels and over 25 years studying, building, maintaining and improving a variety of internal combustion engines. He is an experienced automobile mechanic who has built and rebuilt a number of classic sports cars and racing automobiles.

Mr. Corley is willing and eager to work with the licensee, to manufacture and implement the system, and eventually take it to the market. Mr. Corley would like very much to be involved as a collaborator, in order to see the project be successful, and to eventually see the ERS used extensively across the world.