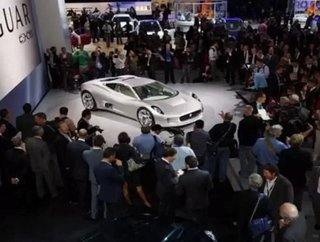 Written By: John Shimkus Built to celebrate Jaguars 75th anniversary, the C-X75 electric supercar concept vehicle was showcased in 2010 and has been ma...

Built to celebrate Jaguar’s 75th anniversary, the C-X75 electric supercar concept vehicle was showcased in 2010 and has been making headlines ever since. Just look at this thing, it may be the sexiest electric vehicle ever! Watch out Tesla, there’s some competition coming your way!

The Jaguar C-X75 features lithium-ion battery technology in conjunction with two gasoline turbine engines that can recharge the battery pack for extended mileage. The C-X75 uses four 196 hp electric motors, one for each wheel, giving the car a total of 778 hp. The car can travel 68 miles on the battery pack alone, or 560 miles when working in conjunction with the gas turbine generators.  In this sense, the C-X75 is more a hybrid than full electric vehicle; however, it's system differs from other hybrids in the absense of a gas-powered engine.  Rather, the gass generators help run the electric engines.

The C-X75 is also one of the fastest electric cars ever! It can go from 0 to 60 mph in just 3.4 seconds, and can reach top speeds of 205 mph (although traveling top speeds will obviously affect battery range).

Unfortunately, the Jaguar C-X75 electric supercar is still in the concept phase, although TV funnyman Jay Leno managed to get his hands on one. So any execs out there looking to cozy up with Jaguar may be lucky enough to land one of their own!