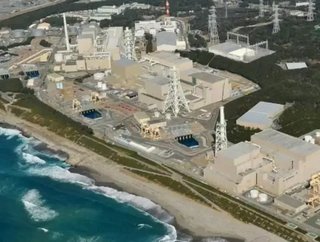 In an attempt to protect its assets from a Fukushima-style meltdown, Chubu Electric Power Co. is constructing an 18-meter (60 foot) anti-tsunami seawa...

In an attempt to protect its assets from a Fukushima-style meltdown, Chubu Electric Power Co. is constructing an 18-meter (60 foot) anti-tsunami seawall around its Hamaoka nuclear plant.  The plant is reportedly near a fault line that may be vulnerable to future earthquakes and tsunamis.

The decision to build the wall came following the Japanese government’s forced shutdown of the plant in order to implement disaster mitigation measures.

Representatives from Chubu Electric say the seawall and other safety measures should protect the plant from a tsunami of the same magnitude as that which crippled the Fukushima nuclear plant.

The plant sits on the Pacific coast in the Tokai region.  Seismologists claim that a major earthquake is overdue in the area.  Anti-nuclear protestors claim that the area, where two major continental plates meet, is the most disaster prone area in all of Japan, and having an operating nuclear facility is extremely dangerous, seawall or no seawall.

The Hamaoka plant accounts for 12 percent of Chubu Electric’s energy portfolio and serves as the energy provider for much of Japan’s industrial sector, including numerous Toyota manufacturing facilities.