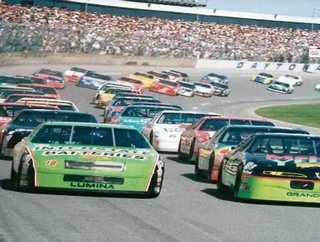 An all-electric pace car will be featured at the Sprint Cup Series race at the Richmond International Raceway on April 28&mdash;a first in NASCAR hist...

An all-electric pace car will be featured at the Sprint Cup Series race at the Richmond International Raceway on April 28—a first in NASCAR history. Ford Motor Company has just announced that its 2012 Focus Electric sedan received the honor from Nascar to show off its recent advancements in EV technology at the notoriously gas-guzzling sporting event. As ironic as it seems, fans may be more receptive to the green technologies than the general public.

“With the largest sustainability program in sports, the NASCAR family is proud of Ford Motor Company’s accomplishment with the Focus Electric pace car and what that means in terms of the tremendous impact of American innovation now and in the future,” said Mike Lynch, managing director of Green Innovation for NASCAR.

Traditionally, car racing events are ideal venues for car manufacturers to showcase new technologies and the latest trends. Ford is hopeful that the spotlight on its EV capabilities will help make a difference in appealing to a more mainstream group of car purchasers.

That's not all NASCAR has been doing to go green. Since 2008, NASCAR has been recruiting sustainable-minded companies through its NASCAR Green program for initiatives including the recycling of its tires, promoting green companies, fuel efficiency, safe driving and even bio-based motor oil.

Grey's Anatomy actor and NASCAR driver Patrick Dempsey has teamed up with solar giant Trina Solar in an endeavor to provide communities in need of solar power modules. An increasing number of race tracks are also finding use of solar power, including the Infineon Raceway in California, the Pocono Raceway in Pennsylvania and the Indianapolis Motor Speedway.

It seems today that a growing number of organized sports across the US are building much of the momentum in the competition for being the most green. As NASCAR steps up to the plate, Ford's new platform challenges the popular zero-emissions Nissan Leaf. With its new five-seat EV, Ford claims that it can travel 105 miles per gallon compared to the Leaf's 99 MPGe.