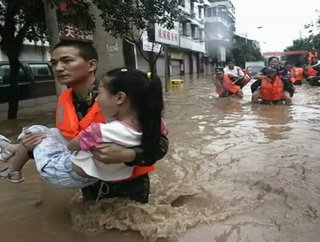 Well, the world didn&#39;t end in 2012, but it was definitely one of Mother Nature&#39;s most violent years in history. Natural disasters occurring ac...

Well, the world didn't end in 2012, but it was definitely one of Mother Nature's most violent years in history. Natural disasters occurring across the globe in the last year account for more than half of 2012's economic losses, according to Impact Forecasting's latest Annual Global Climate and Catastrophe Report.

The report reveals that 295 natural peril events occurred around the globe in 2012 (257 in 2011), resulting in total economic losses of $200 billion, only slightly above the 10-year average of $187 billion. Insured losses in 2012 were 36 percent higher than the ten year average due to the size of the events that occurred in the US, which were higher than average insurance penetration.

"Despite growing support for 'the new normal' theory of a world dominated by rapidly escalating global catastrophe losses, our study highlights that 2012 returned to a more normal level of losses after the extreme economic and insured losses of 2011,” Stephen Mildenhall, Chief Executive Officer of Aon Benfield Analytics, said in a statement. While nominal catastrophe losses are increasing at an alarming rate, economic losses as a percent of global GDP – a measure appropriately normalized for inflation and economic development – has remained relatively stable over the past 30 years. The moderate level of catastrophe losses for 2012 is reflected in strong growth in reinsurer capital during the year."

Hurricane Sandy and a year-long drought were the most costly and devastating events in the US in 2012 accounting for an estimated $28.2 billion in insured losses across private insurers and government-sponsored programs, and approximately $65 billion in economic losses across the US, Caribbean, Bahamas and Canada. The most deadly event, Super Typhoon Bopha, occurred in the Philippines and left over 1,900 people dead. Fourteen other tropical cyclones made landfall globally in 2012 and major flooding impacted China and the UK, as well as some parts of Asia, Europe and Oceania.

"After a year in which Asia and Oceania sustained significant natural disaster losses, the focus shifted back to the United States in 2012,” Steve Bowen, Senior Scientist and Meteorologist at Impact Forecasting, said in a statement. “The country was hit by nine separate billion-dollar insured loss events, including Hurricane Sandy and the most extensive drought since the 1930s. Tornado activity was dramatically lower than 2011, which can partially be attributed to the drought. U.S. severe weather losses were close to the recent five year average and 46 percent less than the record losses seen in 2011. Finally, 2012 marked the seventh consecutive year that no major hurricane made landfall in the U.S.; a streak not seen since the 1860s."

The report concludes that the records from 2012 show that it was the eighth warmest year in world history since global land and ocean temperature records began in 1880.