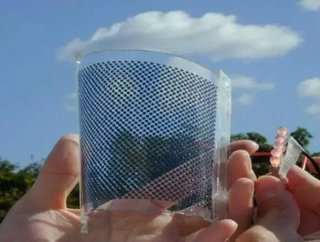 Written by Heather Rushworth Our modern world is consuming energy at insatiable rates. The high-tech complexity of contemporary society has created a...

Our modern world is consuming energy at insatiable rates. The high-tech complexity of contemporary society has created a demand for energy resources that are both easily accessible and infinitely available, and unfortunately the energy sources of yesterday simply do not hold up to the rapid evolution of the times.

Perhaps the major flaw in our previous approach to discovering a renewable energy source was not the narrowness, but the broadness of our scientific focus. Yesterday’s Energy Market looked towards monumentally visible energy sources like Oil, blindly clinging to the notion that material visibility equated to energetic abundance.

However, the energy sources of yesterday--and today--fail us in cruel and destructive ways. Not only are the energy resources we intimately rely upon so tragically limited, but they create major harm to the balance of our natural world—resulting in pollution and a fearful belief in planetary scarcity.

Recent breakthroughs in the previously underestimated field of nanotechnology appear to have reconciled the infinite appetite of our society, with a steadfastly renewable and comprehensively sustainable energy source: the basic electron. Recent discoveries may prove that the limitless abundance we seek is right beneath the visible surface of reality—in the unchartered dimensions of the nano-world.

Yes, the scope of science has changed--in many ways becoming braver—as leading-edge researchers search for answers in materially-microscopic planes.

One of the main pioneers in nano-based energy is entrepreneur Justin-Hall Tripping of Nanotech technologies, whose October Ted Talk detailed an exciting and practical new technology: Transparent Solar Panel Windows.

The invention focuses on utilizing electrons to store vital energies from the sun. In essence, windows would be covered with a clear film made up of scientifically engineered electrons, which would harness solar energies traditionally lost to thermal processes. Such a feat would not only supply energy to run household utilities, but it would regulate temperature, storing excess heat in hot times and distributing it during cold temperatures.

While the discovery superficially appears thrilling—it could be used in buildings, cars, homes—the epically slow development process of technology in the Solar and Nano industries have many skeptics wary of Tipping’s overt optimism. Many experts expect delays of up to twenty years in releasing the product to the market, and such a slow delivery could be too late into today’s rapidly destructive world.

So ultimately it seems these globally expansive products need to harness another element in order to secure their success: speed. While hopeful projections and exciting ideas seem great in theory, they do nothing for our current energy crisis until they move to market at the speed of light.