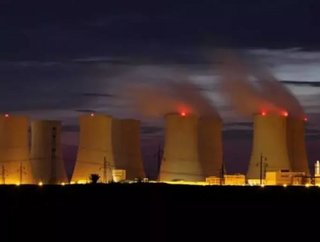 Reviled for years due to the possibility of disasters such as Chernobyl and leaks such as Three-Mile Island, the nuclear power industry is now view...


Reviled for years due to the possibility of disasters such as Chernobyl and leaks such as Three-Mile Island, the nuclear power industry is now viewed as perhaps the cleanest of all energy technologies. Nuclear power plants emit absolutely no carbon dioxide, nitrogen oxides or sulphur dioxides. The Nuclear Energy Institute (NEI) stated in a 2009 report, “In 2008, U.S. nuclear plants prevented the emissions of almost 689 million metric tons of carbon dioxide. This is nearly as much carbon dioxide as is released from all U.S. passenger cars.” According to the World Nuclear Association (WNA), “For every 22 tons of uranium used, one million tons of CO2 emissions is averted.”

In addition to providing clean air benefits, nuclear power is also viewed as a more reliable energy source. Nuclear power plants utilize very little fuel and therefore are less susceptible to shortages; plus international relations can’t affect the fuel supply because the plants use uranium which is plentiful throughout the world. While safety is always a concern when it comes to nuclear power, the precautions now required are rigorous enough to actually prevent disasters from occurring in the first place—making nuclear power one of the safest ways to produce energy today. The industry has learned from previous errors made, and nowadays safety procedures in place minimize the chance of mishaps, like a reactor accident or human exposure to radiation.

When it comes to the topic of nuclear waste, the WNA claims, “In all countries using nuclear energy there are well established procedures for storing, managing and transporting such wastes, funded from electricity users. Wastes are contained and managed, not released. Storage is safe and secure; plans are well in hand for eventual disposal.”

Several countries have been successfully utilizing nuclear power for years, and more countries make plans to develop more nuclear power plants. There are currently around 436 commercial nuclear power reactors operating in 30 countries around the world. The WNA states, “More reactors are being built, and over 200 more are planned or firmly proposed.” For example, France generates 75 percent of the country’s electricity from nuclear power, and has had a long-standing policy for nuclear energy.

The UK government has not always held a positive view of nuclear power. However, a shift in this mentality has occurred in recent years; a moratorium on nuclear plant expansion was lifted just last year. In 2009, the government approved the development of 10 new nuclear power stations in England and Wales. According to Energy Secretary Ed Miliband, nuclear power is both a reliable and proven energy source.

The U.S. has also recently announced plans to move forward with the development of nuclear power plants. President Obama stated, “Even though we have not broken ground on a new nuclear plant in nearly 30 years, nuclear energy remains our largest source of fuel that produces no carbon emissions." According to NEI, nuclear energy is America’s largest source of clean air. Obama has promised $8 billion in funding for the first plant. As safety and nuclear waste issues are always a concern, the President’s response to the ongoing controversy was, “On an issue which affects our economy, our security and the future of our planet, we cannot continue to be mired in the same old debates between left and right.” He added, “We’ll have to build a new generation of safe, clean nuclear plants in America.”

There is no doubt about it—the nuclear power generation industry has seen some damaging incidents. The Chernobyl disaster of 1986 is a prime example of the serious effects of a nuclear power plant meltdown. Considered to be one of the worst nuclear power plant accidents in history, the Chernobyl plant meltdown in the Ukraine resulted in a fire that sent a spray of radioactive fallout into the atmosphere over a very large area. People in those areas saw both short term and long term detrimental health effects.

Despite these incidents of decades past, the nuclear power industry has also seen an excellent safety record. With roughly 12,000 cumulative reactor years of operations spanning five decades according to the WNA, nuclear power has been successful and looks to be growing for the future.