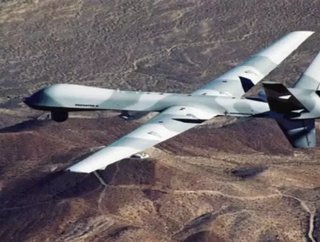 American scientists&#39; plans to release new unmanned aircraft with capabilities of operating for months at a time without refueling have been put on...

American scientists' plans to release new unmanned aircraft with capabilities of operating for months at a time without refueling have been put on hold. Running on nuclear energy, the drones were deemed to be too politically risky.

Sandia National Labs and Northrup Grumman drew up the plans for a drone, running on a helium-cooled nuclear reactor. The technology would allow for longer surveillance time and enough power to do more research while in flight for months at a time.

The Push for Uranium Mining and Nuclear Power

However, political conditions have placed the long-established program on the back burner. Should a nuclear drone crash or be shot down over enemy territory, the state could claim that the US purposely exploded a “dirty bomb.” Not to mention the risks involved should such technology fall into the wrong hands.

Thus, Sandia released the following statement: “Sandia is often asked to look at a wide range of solutions to the toughest technical challenges. The research on this topic was highly theoretical and very conceptual. The work only resulted in a preliminary feasibility study and no hardware was ever built or tested. The project has ended.”

For now, the project is over, but others may surface to cut the number of pit-stops drones currently make. Reconnaissance is vital in modern war and has saved many soldiers. With so much controversy around “nuclear” in today's political environment, however, the new devices have been deemed not worth the risks involved.