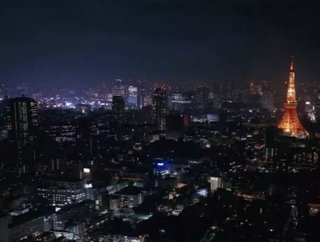 Starting in July, all shops and offices in Paris, aka the city of lights, will be required to shut off all their lights at night under the Environment...

Starting in July, all shops and offices in Paris, aka the city of lights, will be required to shut off all their lights at night under the Environment Ministry's goal to make the country “a pioneer” in preventing light pollution.

Fear not, however, the main tourist attractions like the 20,000 flashing bulbs adorning the Eiffel Tower and certain holiday celebrations will be exempt from the new rule. Interior lights of non-residential buildings will be required to be turned off an hour after the last worker leaves, with all remaining lights out by 1am.

Environment Minister Dephine Batho says the practice will cut carbon dioxide emissions by 250,000 tonnes per year, the equivalent of the annual consumption of 750,000 households.

The new rule, though positive in its message, will only be effective if it's strongly enforced by government, warns a British energy conservationist:

"If France is going to enforce this then that's really good, but the worry is that they've introduced something that's perfectly logical, but then it’s not enforced. Then you've got the worst of both worlds,” said Andrew Warren, head of the UK's Association for the Conservation of Energy (ACE), to BusinessGreen.

Others argue that there are other, more effective means to reduce the country's consumption of light, only 10 percent of which occurs at night.

“Lighting has a social role, it serves as a reference point,” said Elise Bourmeau, vice-president of the Lighting Union. “We will adapt. But truly, there are solutions that would allow us to keep them on in an energy efficient way.”