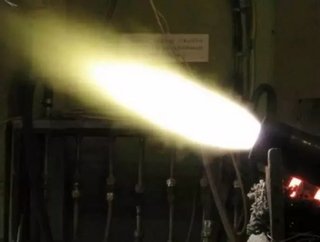 To enhance your experience, read this article in our interactive virtual reader!Click Here Waste-to-energy is the new holy grail for the energy industr...

To enhance your experience, read this article in our interactive virtual reader! Click Here

Waste-to-energy is the new holy grail for the energy industry, but it’s based on an age-old concept: burning trash for fuel.  Just like wood and coal, garbage too can generate the heat needed to run turbines and generate electricity.  Incinerating garbage is a commonplace practice in most countries, and the added benefit of generating energy while doing it only makes sense.  The only problem is that burning trash emits various toxic chemicals that can pollute the air and lead to ozone degradation when applied on a massive scale.  However, that’s all changing with new technologies promising cleaner waste-to-energy generation, and the coolest of these technologies has to be the Plasma Gasification Process (PGP).

PGP is the latest craze in incinerator technology, and for physics buffs, the prospect of using plasma—the “fourth state of matter”—is an intriguing prospect in itself.  Essentially, the Plasma Gasification Process (also known as plasma arc gasification) works by creating an electrical arc between two electrodes spaced apart.  Pressurized inert gas is passed through the arc and diverted to a sealed container of garbage.  Temperatures inside the container can reach 25,000°F (13,900°C) within the arc column.

At such high temperatures, matter is literally broken down into its basic elemental forms in an inert gaseous state, and that synthetic gas—commonly called “syngas”—is harvested for uses similar to natural gas, such as running turbines in an electric power station, or uses similar to hydrogen gas, such as running fuel cells.  Syngas can even be further refined into liquid fuels that can potentially run vehicles.  Using the Plasma Gasification System, there is approximately a 99 percent conversion from solid-state waste to syngas.  The remaining one percent of solid waste left behind by inorganic materials—termed “slag”—can be further refined, but at cost of course.  For every 1,500 tons of waste, PGP can generate approximately 60-megawatts energy equivalent.

The syngas created by PGP can be reintroduced into the overall system as the energy supply that runs the plant, powering everything from the plasma torches to the conveyance system that feeds the waste.  Thus, creating an energy efficient loop incinerator that effectively minimizes landfill and doesn’t release toxic gases.  The process is even hailed for its ability to break down difficult to process and hazardous materials like batteries and medical waste.

According to the Georgia Institute of Technology, “Plasma gasification can create more renewable energy than the projected energy from solar, wind, landfill gas, and geothermal energies combined.”

UFO Power Center Controls Energy Use Via iPhone and iPad

Now here’s the catch.  While this plasma technology has been applied with varying success to small-scale and test facilities, companies are still racing to perfect the process to work well on a larger-scale that can be fully integrated with municipal waste-management operations for major cities.

Hitachi Metals Ltd. and Westinghouse Plasma developed one of the world’s first successful plasma gasification facilities in Yoshii, Japan in 2000.  The plant processed 166-short-tons of waste per day, and the success led to the construction of two other plants.  Japan’s Utishinai City plant has been successfully converting municipal waste to energy since 2001 and has served as a model for the onset of the plasma waste-to-energy era.

Plasco Energy Group is taking a different approach with its proprietary plasma gasification process that it claims can reduce net energy consumption in the system, thus making it even more efficient.  Plasco’s process begins by removing any materials in the municipal waste that can be traditionally recycled.  Then, the remaining waste is fed into a traditional gasifier (not plasma), which uses recovered heat from the overall system to gasify the waste.  This releases various gases, including highly toxic gases that are then fed through a plasma arc for further refining.  Plasco claims that using the plasma arc to refine crude gas rather than incinerate the solid waste itself is much more energy efficient.

Any remaining solid waste from the Plasco process is then fed into a plasma chamber that melts the waste into a liquid that, when cooled, is similar to glass and can be used in various construction applications.  The Plasco gas refining process recovers various usable materials, from water to salt, sulphur to heavy metals, that can also be sold to market to further balance the overall cost of the system.

Plasco Energy Group, Alter NRG and other plasma gasification companies will lead the way in the waste-to-energy revolution.  Converting garbage into energy may not be the sexiest of renewable energy options, but its practicality far exceeds that of even the most promising solar and wind developments to date, especially when you consider that solar and wind farms don’t do anything to reduce landfill.