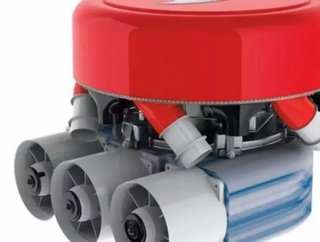 As companies race for the latest and greatest alternative fuel to compete with oil, a number of options have arisen. Ethanol, biodiesel, even the less...

As companies race for the latest and greatest alternative fuel to compete with oil, a number of options have arisen. Ethanol, biodiesel, even the lesser known isobutanol all hold promise, but one major problem is in the engines these fuels are supposed to run. Costly modifications are needed in many cases to operate on alternative fuels, and even then you are limited to one fuel or another. Why not just create an engine that can run on virtually any kind of fuel? That’s the approach being taken by Raytheon Integrated Defense Systems in a deal signed with Cyclone Power Technologies.

The Mark V engine works by heating and cooling water in a closed-loop piston-based system.

Cyclone Power Technologies’ founder, Harry Schoell, was named Popular Science’s “Inventor of the Year” in 2008 for the invention of the company’s “Cyclone Engine,” the predecessor to the Mark V.

"After months of rigorous engine testing, we're pleased to say that Cyclone and Raytheon are now entering the next phase of our working relationship. We are designing and building engines such as the MantaRay (a modified version of the Mark V) for Raytheon and their customers, and starting to generate revenue from these operations. We're very pleased to be working alongside such a well established and respected company and look forward to building our relations going forward," says Schoell.

Considering that national development efforts in various countries are moving toward multi-fuel infrastructure, this engine—if applied to personal transportation—may offer a unique option to consumers. Can’t find a gas station? No problem, just fill up with used cooking oil. Want to support locally produced ethanol? That works too! As fuel options become more and more prevalent, those with multi-fuel engines running their vehicle will have the benefit of choosing from the most economical option, or even the most convenient depending on location. However, let’s not be too hasty in our excitement. After all, it is Raytheon’s Integrated Defense Systems division that is funding the project, so likely the technology will become a cog in the war machine before it’s put to any kind of practical day-to-day use.