Report: UK Most Energy Efficient, US in 9th Place 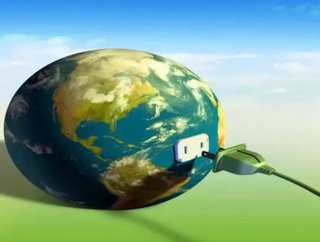 The United Kingdom comes in first in a new energy efficiency ranking of the world&#39;s major economies, followed closely by Germany, Japan, and Italy...

The United Kingdom comes in first in a new energy efficiency ranking of the world's major economies, followed closely by Germany, Japan, and Italy, according to the first-ever International Energy Efficiency Scorecard published today by the nonprofit American Council for an Energy-Efficient Economy (ACEEE). The report finds that in the last decade the U.S. has made "limited or little progress toward greater efficiency at the national level," putting it in 9th place out of 12 economies around the globe.

The rankings are modeled on ACEEE's time-tested approach to energy efficiency ranking of U.S. states, and include 12 of the world's largest economies: Australia, Brazil, Canada, China, France, Germany, Italy, Japan, Russia, the United Kingdom, the United States, and the European Union. These 12 economies represent over 78 percent of global gross domestic product; 63 percent of global energy consumption; and 62 percent of the global carbon-dioxide equivalent emissions.

ACEEE divided the 27 metrics across four groupings: those that track cross-cutting aspects of energy use at the national level, as well as the three sectors primarily responsible for energy consumption in an economically developed country—buildings, industry, and transportation. The top-scoring countries in each grouping are: Germany (national efforts); China (buildings); the United Kingdom (industry); and a tie among Italy, China, Germany, and the United Kingdom (transportation).

ACEEE Executive Director Steven Nadel said: "The UK and the leading economies of Europe are now well ahead of the United States when it comes to energy efficiency. This is significant because countries that use energy more efficiently require fewer resources to achieve the same goals, thus reducing costs, preserving valuable natural resources, and creating jobs. Unfortunately, our results show that nowhere is the vast potential for improvements in energy efficiency being completely realized. While many countries achieved notable success, none received a perfect score in any category – proving that there is much that all countries can still learn from each other. For example, the United States scored relatively high in buildings, but was at the bottom of the list in transportation."

Greg Barker, British Secretary of State for Climate Change, said: "I welcome today's publication of the first International Energy Efficiency Scorecard by the ACEEE. Energy efficiency sits at the heart of our policies to encourage low-carbon growth, and I am particularly pleased that the UK is ranked first of the 12 economies considered by the study. Making our buildings and industries more energy efficient is a significant challenge, one that will take years to meet; doing so cost effectively will mean drawing on the experiences of others. This study is a fascinating collection of best practice, setting out the innovations which can accelerate economic growth, enhance energy security – and save our households and businesses money."

Report author and ACEEE Senior Researcher Sara Hayes said: "While energy efficiency has played a major role in the economies of developed nations for decades, cost-effective energy efficiency remains a massively underutilized energy resource. Fortunately, there is a lot countries can do to strengthen their economic competitiveness through improvements in energy efficiency."

The ACEEE ranking system looks at both "policy metrics" and "performance metrics" to measure a country's overall energy efficiency. Examples of policy metrics include the presence of a national energy savings target, fuel economy standards for vehicles, and energy efficiency standards for appliances. The "performance metrics" measure energy use and provide quantifiable results. Examples of performance metrics include the amount of energy consumed by a country relative to its gross domestic product, average miles per gallon of on-road passenger vehicles, and energy consumed per square foot of floor space in residential buildings.

The ACEEE report raises a critical question: How can the United States compete in a global economy if it continues to waste money and energy that other industrialized nations save and can reinvest? The new report outlines a number of recommendations for the United States such as:

Efficiency in manufacturing. Manufacturers should commit to continual improvement in energy efficiency by using Superior Energy Performance ISO 50001 (ISO 2011) and other voluntary platforms.

Investment in research and development. Greatly increased R&D investment is needed to develop new technologies and practices that support energy efficiency across all sectors of the economy.

Output-based emissions standards. These standards should be employed to encourage the use of the most efficient generation technologies.

Building codes. All states should use the most recent and stringent building code standards.

Vehicle miles traveled. The United States should reconsider the pricing of transportation, and facilitate the adoption of policies such as "pay-as-you-drive" insurance, in which the cost is determined primarily by the number of miles traveled.

Fuel economy for passenger vehicles. The federal government should adopt the proposed increases in Corporate Average Fuel Economy (CAFE) standards, which would result in average fuel economy of 49.6 miles per gallon in 2025.