Solar Cells Made From Plants? 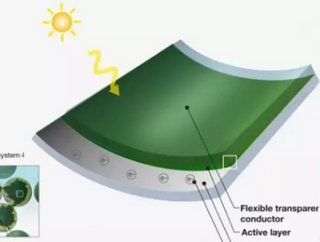 A researcher at MIT, Andreas Mershin, has found a way to create solar panels using agricultural waste. According to him, in just a few short years, it...

A researcher at MIT, Andreas Mershin, has found a way to create solar panels using agricultural waste. According to him, in just a few short years, it will be possible to stir up some grass clippings or dead leaves into a bag of inexpensive chemicals and paint that mixture on a rooftop, where it can immediately start producing electricity.

The process works by extracting the photosynthesizing molecules from the plant matter that contain chlorophyll, which can convert photons into a flow of electrons. Once those molecules stabilize and are spread out on a glass substrate covered in zinc oxide nanowires and titanium dioxide “sponges,” sunlight can then be absorbed and turned into electricity. Essentially, Mershin replaced the layer of silicon in conventional photovoltaic cells with a slurry of photosynthesizing molecules that he describes as “an electric nanoforest.”

However, at the current stage of development, Mershin's solar panel idea has a long way to go before it's efficient enough for practical use. Eventually, his goal is to create a cheap plastic bag of the ingredients along with “one sheet of cartoon instructions, with no words.” People will add agricultural waste and then spread it over a sheet of glass—a creative idea at the very least.