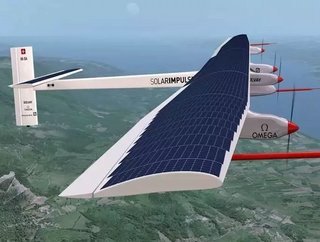 PR Newswire PARIS, July 9, 2012 /PRNewswire/ -- Solar Impulse is now in the final stages of completing its 5,000 km, round trip voyage between Switze...

Solar Impulse is now in the final stages of completing its 5,000 km, round trip voyage between Switzerland and Morocco. The solar plane landed at Madrid's Barajas Airport thus successfully completing the return flight of its first trans-Mediterranean round-trip between Spain and Morocco.

Since 2003, Altran's team of experts have accompanied the Solar Impulse project in its mission to promote the immense potential of renewable energies, striving to meet this challenge and transform this dream into a reality. The consultants have applied all their expertise in the fields of aerospace and energy, as well as their project and risk management skills to serve this important human and technologic mission. As such, every mission completed to date and all of those planned for 2012 raise different technical and meteorological challenges.

Throughout the years, Altran has been involved in several key aspects of the Solar Impulse project providing the team with project-management support geared to optimise project organisation, delegation of tasks, programming and documentation, as well as to define and enhance the plane's electrical system.

At the Mission Control Centre (MCC) based in Payerne, Switzerland, two Altran experts, Christophe Béesau and Stéphane Yong, are playing a key role to ensure the success of the mission. Christophe and Stéphane have designed a mission simulator that recalculates the different possible flight paths at regular intervals. Throughout the trans-Mediterranean flight, their expertise has been called upon to ensure that the team is ready for all eventualities and determine the choice of flight path based on a set of complex criteria such as weather conditions and air-traffic control specifications, as well as energy and pilot management.


Preparations underway for the round-the-world flight

The first prototype flight missions served to evaluate the possible difficulties that could be encountered in a round-the-world, solar-powered flight. To complete the world tour, a second and more sophisticated prototype (the HB-SIB) is currently under construction, for which Altran is developing an automatic pilot, the SAS (Stability Augmentation System). This exclusive navigation system will enable the future prototype to fly in total security during each 3-5 day leg of the round-the-world tour. SAS is a completely innovative tool specifically designed by a team of Altran consultants in Spain to allow the permanent monitoring of the pilot, the automatic pilot when activated and the plane's sensors. In the event of an unexpected change in flight behavior, the SAS immediately alerts the pilot and the Mission Director.

Altran is also responsible for developing safety and feasibility studies designed to ensure that the aircraft fulfills the necessary requirements demanded by the authorities for the purposes of receiving certification and flight authorization. Since there is no other plane of its kind, traditional analysis methods must be adapted for the Solar Impulse, which is one of Altran's main areas of expertise.

The first tests and the new plane's maiden voyage are scheduled in 2013, and the round-the-world tour programmed for 2014.

For José Ramón Magarzo, CEO of Altran Iberia, "We are proud of welcoming Solar Impulse in Madrid. The story behind Altran's relationship with Solar Impulse has evolved out ofthe coming together, and through the unrelenting efforts, of a group of people driven by the same passion, who have pooled their experience and energy to make a dream come true. As a technological partner of the Solar Impulse project, Altran is working with determination and enthusiasm alongside Bertrand Piccard, André Borschberg and their team in this technical, technological and human adventure that represents a milestone key to meeting the energy-related and environmental challenges of the future."

According to Mr. Nan Jiang, General Manager of Altran China,  "The aerospace and renewable-energies industries are Altran's two key areas of focus in China. The fact that the Solar Impulse flight has been widely reported in China will significantly help Altran China build up its position as one of the leading innovative consultants in the Chinese market."

Solar Impulse HB-SIA, the first airplane designed to fly day and night without requiring fuel and without producing carbon emissions, demonstrates the enormous potential held by new technologies in terms of energy savings and renewable energy production. Seven years of intensive work, calculations and tests by a team of 70 people and 80 partners have contributed to producing this revolutionary carbon fiber airplane, with a wingspan as wide as that of an Airbus A340 (63.4m) and a weight equivalent to that of an average family car. It is the largest airplane of its weight ever to have been built. The 12,000 solar cells integrated into the wing supply four electric motors (maximum power 10CV each) with renewable energy and charge the 400kg lithium polymer batteries during the day, enabling the aircraft to fly at night. The Solar Impulse project is supported, among others, by: Solvay, Omega, Deutsche Bank and Schindler as Principal Partners; Bayer Material Science and Altran as Official Partners; EPFL (Lausanne Federal Institute of Technology) as Official Scientific Consultant and Dassault-Aviation as Aeronautical Consultant.

As European leader in innovation and high-tech engineering consulting, Altran supports companies in the creation and development of their new products and services. For thirty years, the Group has been providing services to key players in the fields of Aerospace, Automotive, Energy, Railways, Finance, Healthcare, Telecoms...

Present at every stage of project development from new-technology strategic planning through to manufacturing, Altran is able to capitalize on its expertise in four key domains: Product Lifecycle Management, Mechanical Engineering, Embedded & Critical Systems and IT Systems.