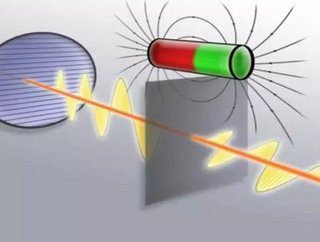 Written By: John Shimkus For at least a century now, scientists have known that light has magnetic properties, yet lights magnetism has been downplayed...

For at least a century now, scientists have known that light has magnetic properties, yet light’s magnetism has been downplayed as too weak to serve any tangible purpose. While light’s electric properties have been exploited by the solar power industry to great success, inefficient power conversion has made solar energy expensive and slow to catch on. But now, light’s magnetic effect is gaining attention as University of Michigan professor Stephen Rand believes it may be able to generate electricity without the need for costly solar cells.

Rand’s breakthrough reveals that light's magnetic field is actually 100 million times stronger than previously expected. Strong enough even to produce grid quality electricity. Rand says the magnetic field effect is the result of a unique type of “optical rectification,” a term used to describe what light does when it passes through certain materials. Apparently, when passed through strongly insulated materials, light’s normally weak magnetic field is enhanced immensely.

Rand believes that this effect can generate electricity, stating, “It turns out that the magnetic field starts curving the electrons into a C-shape and they move forward a little each time. That C-shape of charge motion generates both an electric dipole and a magnetic dipole. If we can set up many of these in a row in a long fiber, we can make a huge voltage and by extracting that voltage, we can use it as a power source."

The problem, however, that arises with exploiting sunlight’s magnetic effect for electricity comes in both the material and the intensity of the light. Glass or transparent ceramics can act as good insulated material, but in order for the effect to be strong enough, the intensity of the light needs to be 10 million watts per square centimeter. Typical sunlight only produces around 0.012 watts per square centimeter. Therefore, either the light needs to be intensified via lens or laser, or the insulator material needs to be modified.

Nonetheless, Rand and his team of researchers believe that once the proper light intensity is reached, then light’s magnetic effect could produce energy at a much cheaper cost than expensive solar cells.