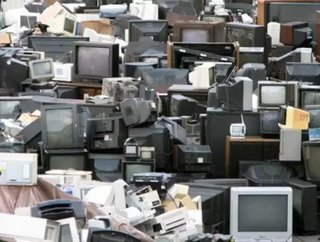 Of all the states in the U.S. that are embracing environmental initiatives, the last state anyone would probably expect it to be downright illegal not...

Of all the states in the U.S. that are embracing environmental initiatives, the last state anyone would probably expect it to be downright illegal not to recycle would be South Carolina.  But the southern state is embracing its position as a temperate coastal paradise, and with that comes the responsibility of keeping its land clean and safe for generations to come.  In its efforts, South Carolina lawmakers have made it illegal to throw away electronic devices in the garbage—promoting proper recycling as the alternative.

Kent Coleman, director of DHEC's Division of Mining and Solid Waste Management, says, "Recycling electronics is the right thing to do because unwanted electronics contain metals and other materials that can be hazardous to people and the environment if not properly managed."

Homeowners and businesses will now have to make an asserted effort to properly dispose of electronics.  Several retailers, especially those that specialize in electronics (i.e., Best Buy, Radio Shack), have extensive electronics recycling programs in place to make it easy for customers to “close the loop” in the electronic device lifecycle.

The law states that, as of July 1, 2011, "a consumer must not knowingly place or discard a covered device or any of the components or subassemblies of a covered device in any waste stream that is to be disposed of in a solid waste landfill."

Covered devices include electronics with plastic or metal casing, such as computers, monitors, printers and televisions.

Richard Chesley, with DHEC's Division of Land/Waste Management, says, "The law also requires television and computer manufacturers to have some sort of recycling program. So there are all kinds of retailer and manufacturer take-back programs."

While this new law may open up business opportunities to the waste management sector, it may fall short in that there are apparently no penalties in place if consumers decide not to recycle their electronics.  Instead, the task falls onto the landfill operators to check incoming garbage and not accept discarded electronics.  So, while it’s a good effort on the part of South Carolina, we’ll see just how effective a law with no consequences truly can be.