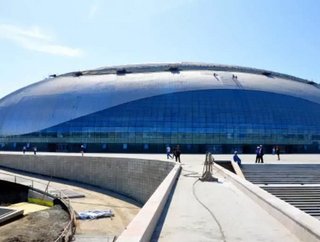 [email protected] Click here for the latest issue of Energy Digital magazine You may not know a luge from a Lutz, or what happens in a biathlon, but...

You may not know a luge from a Lutz, or what happens in a biathlon, but last month there’s a good chance those terms were bandied about the office as Winter Olympics’ coverage saturated the globe throughout February.

As you savored every triple Salchow in Sochi and found out that a skeleton run is still scary, but for much different reasons, remember that the Olympic spirit is more than just sportsmanship on the highest level; it’s also about a movement in sustainability and harmony with the environment.

“Together with its partners, the IOC is committed to promoting sustainable development and respect for the environment in and through sport,” said Jacques Rogge, former IOC president.

In 1996 the International Olympic Committee (IOC) announced that environmental protection was the third pillar of the Olympic movement, alongside sport and culture. Three years later the Agenda for the Olympic movement in the 21st century was adopted, containing a program of measures in the field of sustainable development.

The IOC developed the "Olympic Games Impact" research program in 2003, which must be undertaken by the organizing committee of each Olympic Games. Since 2009 the IOC has included sections in each of its technical manuals devoted to applying sustainability principles – from construction to waste to energy usage – to the procedures for preparing and staging the Olympic Games.

“Our efforts are driven by two considerations: the first is the impact that a degraded environment can have on sport, and the other refers to the effects that sport – and, in particular, the Olympic Games – can have on the environment,” Rogge said.

The city of Sochi has the unique combination of being nestled up to the subtropical Black Sea coast with the snow-capped peaks of the Caucasus Mountains protecting it to the east, which has created inimitable natural climate conditions that have drawn thousands of Russians to the seaside resort for decades.

One of the missions of the Winter Games was to introduce in Sochi a new vision of sustainable development in harmony with nature that will not only spare the environment of harmful impact but also could be instrumental in helping resolve ecological challenges.

The Sochi 2014 Organizing Committee's objective was to make the best possible use of the opportunities created by the Olympic project to ensure the sustainable development of the city of Sochi, the Krasnodar Region and Russia.

For the Sochi Games sustainability meant creating long-term positive change in the social, economic, and environmental spheres, based on effective use of the resource potential for the Russian people.

“Each step taken to harmonize the development of sport with its environment can, in the long term, make a real difference to the cause of sustainability,” said Pál Schmitt, IOC member, chairman of the Sport and Environment Commission.

To preserve the unique nature of the region during the construction of Olympic venues in Sochi, a system of green standards was used for the first time in Russia. The green construction involved the use of environmentally friendly building materials and renewable sources of energy, waste minimization and recycling, reduction of greenhouse gas emissions, as well as sustainable water and energy use.

The strict standards of LEED and BREEAM building, which use innovative technology for the collection, recycling and reuse of waste (and the principle of “zero waste”), were used during the construction of Olympic facilities. Environmentally friendly building materials along with requirements to reduce energy consumption were used during construction.

The 10 venues at the Olympic Park went through compulsory certification for compliance with international LEED and BREEAM standards, including the Bolshoy Ice Dome, the Adler Arena and the Main Media Center. Approximately 200 venues included in the Olympic construction program used green construction standards.

Three of the main venues - Iceberg Skating Palace, Shayba Arena, and Ice Cube Curling Centre - have been built with the ability to be deconstructed and moved to other cities in Russia.

The Iceberg Skating Palace, which has a seating capacity of 12,000 and where short track and figure skating events will take place, is a world-class sports facility and a work of art. The smooth curves of the palace facade are designed to evoke associations with a figure skater's trajectory when landing a triple toe loop. It is a moveable venue that can be dismantled and transported post-Games to another Russian city.

The Ice Cube Curling Centre, which has 3,000 seats, will be the host of the curling competitions. The design of the venue focuses on a combination of smooth and well-rounded contours reminiscent of the shape of the curling stone and is accentuated by the bright polished surfaces of its facades. After the Games, the arena will be transported to another location, where it will become a national training center for Russian curling teams.

The moveable Shayba Arena, with 7,000 seats, is adjacent to the Bolshoy Ice Dome and will serve as the smaller ice hockey arena and as a training rink.

The other main venues – Bolshoy Ice Dome, Adler Arena, Fisht Stadium - will stay in Sochi after the Games and be re-purposed and used by the city. The 12,000 seat Bolshoy will become a sports center and concert hall. Adler Arena, which will hold speed skating events, will be used as a convention center. And Fisht, the 40,000 seat stadium that hosted the opening and closing ceremonies, will become a soccer stadium for the region.

The zero waste principle is aimed at forming a totally new approach to the organization of the collection, processing and neutralization of solid household and biological waste that guarantees sustainable environmental-and-economic development of the Sochi region.

During the Games there was a system for separate garbage collection, composting and sorting waste generated, including procedures for maintaining cleanliness on the Games’ territory. Also, minimized volumes of waste in public services, food catering, and implementation of the principles of reduce, reuse, and recycle were used.

Following the Olympics, the waste treatment system built for the Olympic Village will be adapted to the needs of the city; the disturbed natural properties and complexes will be rehabilitated; temporary structures dismantled, grass cover restored; and materials and equipment that are not used will be removed from the territory to make sure that Sochi's sustainable development is being exercised simultaneously with the improvement of the region's natural protected areas.