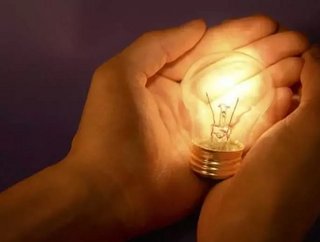 Without a doubt, the most exciting part about covering the happenings in the energy world have little to do with the industry&#39;s ills. It&#39;s eas...

Without a doubt, the most exciting part about covering the happenings in the energy world have little to do with the industry's ills. It's easy to get caught up in the oil spills, rig explosions, lawsuits and arguments over fossil fuels' impact on the environment. But in the big picture, it's more important to look at the way “energy” is rapidly evolving with each and every year.

Some of the most ingenious entrepreneurs, scientists and engineers of our time can be found working passionately in this field, creating technologies most critical to the survival of our planet and mankind's ability to thrive in a tech-based world. In the process, entirely new industries are being developed with ideas to tap new sources of power that are literally out of this world.

Looking back at the year, Energy Digital has reviewed a number of the industry's most intriguing new developments:

10. Solar Roadways: Infrastructure of the Future

Inventors of Solar Roadways turn high maintenance, expensive concrete roads and parking lots into glossy solar surfaces, providing enough energy from the sun to power nearby communities and the electric vehicles above them—one of the greatest infrastructure innovations of the 21st century.

9. Electric Vehicles for the Elite

Speaking of electric cars, today's EV market is starting to look a bit sexier than its first generation of plug-in nerd mobiles. Big luxury brand names like BMW, Rimac and Rolls Royce are all diving into the high-tech, luxurious cars of the future. Energy Digital compiled a list of some of the hottest, most exclusive EVs on the market today, worth an upwards of $1.6 million.

When it comes to transportation, the US Military is at the forefront of next generation fuel. By 2016, the US Navy is set to have a fleet of warships powered by alternative fuels: the Great Green Fleet. As the largest oil consuming government body in the world, the DoD's impact on the biofuels market will serve as a major catalyst for change across the country:

“In the 1850s, we went from sail to coal. In the early part of the 20th century, we went from coal to oil,” says Secretary of the Navy Ray Mabus. “In the 50s, we pioneered nuclear. We were the first service, first people to ever use nuclear power for transportation. And now, we’re changing it again. And every single time... you’ve got nay sayers, they say you’re trading one form of energy that you know about, that’s predictable... and you just shouldn’t do it. And every single time, they’ve been wrong and I’m absolutely confident they’re going to be wrong again."

In another faction of the military, the US Army uses a $7 billion procurement vehicle to spur industry competition in the largest series of renewable energy contracts in American history. It will serve as a test bed for new and advanced technologies that could be broadly commercialized:

“Just like GPS systems and the internet came out of the DoD first, the more involved we are with these projects, the more prices will come down and we'll start to see more renewables across the board,” says Bob Tritt, Co-Chair of the Military Base and Communities practice law firm McKenna Long & Aldridge.

6. The Tides Turn in Renewable Energy

Not only is the renewable energy industry expanding, but also seeing a lot of change within itself. Thanks to recent advancements in technology, tidal power is starting to gain recognition as one of the future's most promising forms of renewable energy. This year, EET earns attention in Australia for its revolutionary underwater turbine design, the SeaUrchin ™. A breakthrough in tidal/ocean current energy, the SeaUrchin brings new hope to a market with the potential to compete directly with base load coal and nuclear power generation.

Here's a scary thought: scientists are testing the idea of pumping water into the sides of a dormant volcano at pressures great enough to evoke small earthquakes. Why? Apparently, the boiling bowels beneath our feet hold tremendous promise for geothermal energy.

According to a report from MIT, two percent of the heat some six miles below the ground could provide 2,500 times as much energy as the country currently uses.

Twice this year, Hydrogen House made a special appearance in Energy Digital after surviving the powerful storms that left thousands without power—Hurricane Irene and Superstorm Sandy.

Using excess renewable energy generated from its solar panel arrays to run an electrolyzer that splits water into hydrogen and oxygen, the House can power itself with the stored hydrogen in safe low-pressure tanks onsite come rain or come shine. The inspiring technology is set to be featured in an upcoming documentary film next year.

Everyone knows about carbon capture and sequestration (CCS), but no one has believed in the world's ability to turn it into a large scale reality...until now. In Canada, SaskPower is challenging the historical setbacks of CCS, investing billions in one of the world's first and largest full production carbon capture facilities.

As the solar industry continues to rapidly advance and expand, its potential is limitless. Some ballsy companies are even turning to space, which could very well revolutionize the way the world uses and generates energy. But it doesn't stop at solar...

The most outlandish, aggressive and expensive energy project that stands out by far is the idea of exploiting raw materials from Near-Earth Asteroids.

Backed by some of the world's richest men—including Diamandis, Director James Cameron, Google Executives and billionaire Ross Perot—Planetary Resources just may have enough dough to pull off next to anything. It's one part crazy, one part genius.

Will human ingenuity be able to keep up?

The future state of energy is no doubt one of the largest and most serious challenges facing the world today. Within a matter of decades, energy demand will more than double at a rate the world will find difficult to keep up with. The good news is that same fear has also provided a necessary catalyst for some of the most unimaginable, innovative solutions.

Man's ability to adapt, invent and survive never fails to surprise me, and that's why the market for energy continues to be one of the most exciting industries to cover. I look forward to what's to come in 2013...