Undersea Research Station to Shut Down 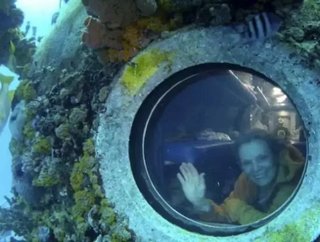 One World One Ocean has been reporting live for the past week from what could be the last mission to the Aquarius Reef Base, the world&#39;s last rema...

One World One Ocean has been reporting live for the past week from what could be the last mission to the Aquarius Reef Base, the world's last remaining undersea research station, 60 feet beneath the water in the Florida Keys National Marine Sanctuary. With no room in next year's federal budget, the Aquarius will shut down as early as December.

For the last two decades, the base provided important discoveries including theories behind the disappearance of coral reefs, and studying sea sponges, the source of cancer drugs Halaven and Ara-C. Even NASA used the base as a way to train astronauts for space.

“It is one of the most valuable and productive tools the US has for coral reef science…It is also a wonderful test bed for ocean technology,” said Dr. Mark Patterson, Director of Autonomous Systems Lab, Virginia Institute of Marine Science, and lead aquanaut on Aquarius missions, in a letter to the leaders of NOAA.

The lab allows for scientists to live underwater for up to two weeks at a time, allowing scientists to accomplish in 9 days what might take 9-12 months otherwise, according to Patterson.