Which Countries Are Best at Recycling? 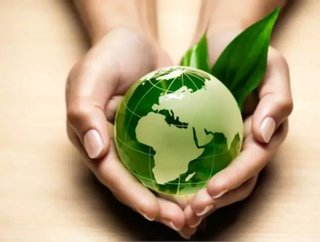 According to the infographics, the U.S. is actually seventh in the listing of countries with the highest recycling rates. Recycling and going green isn...

According to the infographics, the U.S. is actually seventh in the listing of countries with the highest recycling rates. Recycling and going green isn't anything to be lax about, as a ton of recycled paper can save, in its equivalence, an average of 165 gallons of gasoline.

Countries That Have The Highest Rates of Recycling

Leading the list with a whopping 52 percent of its waste being recycled is Switzerland. This is nearly double what the United States has.

Number two on the list is Austria with 49.7 percent. This is a close match for number three-ranked Germany with 48 percent and number four-ranked Netherlands with 46 percent.  Norway is ranked number five with 40 percent while Sweden comes in at number six with 34 percent.

States With the Best Rankings in the US

There are some states that have cornered the market with recycling efforts.

These states are the Top 10 in rank for having the highest amount of waste recycled.

These are in order from best to worst >>>

As you can see four of the Top 10 cities in the U.S. are in California, a state where there is much more effort to maintaining a greener environment than in other areas. Add in the fact that California has some very strict emissions guidelines all in efforts of lowering the carbon footprint of the state.

States With the Worst Rankings in the US

Some might say these states all need to take a remedial course in recycling efforts. They are the worst of the 50.

As you can see, Colorado has two of the worst cities in the bottom 10 that were ranked. Wichita ranks at the very bottom of the list. Florida is surprising, in that it has a listing in the best cities and the worst cities.

There are many things that the US can do to increase the recycling rate.

Places like California are making recycling mandatory in many locations, in an effort to reduce the carbon footprint on an area that sees a great number of population.

If more states implemented this plan, perhaps the United States could rise higher in the rankings.

As a business owner and/or consumer, what are you doing to improve the recycling effort in your community?