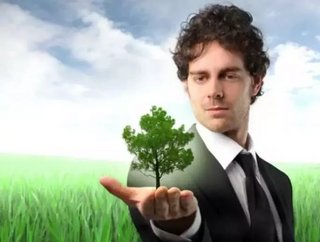 TO ENHANCE YOUR READING EXPERIENCE, VIEW THIS STORY IN OUR INTERACTIVE READER BY CLICKING THE IMAGE IN THE TOP RIGHT CORNER OF YOUR SCREEN! In 2010, Ne...

In 2010, Newsweek and media partner ASAP Media, in collaboration with MSCI Research, Trucost, and CorporateRegister.com, set out to uncover the “greenest” companies in the world.  MSCI Research is a leader in environmental, social, and governance ratings.  Trucost specializes in quantitative environmental performance measurements.  CorporateRegister.com is the world’s largest online directory of environmental, sustainability, and social responsibility reports.

The findings assign large publicly traded international companies with various performance-based scores.  The Environmental Impact Score is based on over 750 metrics and calculates overall environmental footprint.  The Green Policies and Performance Score is a comprehensive assessment of the companies’ environmental initiatives.  The Reputation Survey Score is based on a poll of CEOs, environmental officers and other experts.  Finally, an overall Green Score encompasses all the others and decides ranking.

However, what Newsweek has neglected to provide in its Green Rankings is an actual description of exactly how each company is going green.  That’s where we come in.  Let’s break down the top three companies on the list to see just what going “green” means for these corporate role models.

Since 1987, Johnson & Johnson has initiated environmental and efficiency programs to “green” the company in three distinct areas.

J & J has been working to achieve a goal of reducing CO2 emissions by seven percent from 1990-2010, but actually achieved a 12.7 percent reduction.  Another goal was to reduce vehicle fleet emissions per mile driven by 30 percent.  To help meet this goal, the company has added over 2,100 hybrid vehicles to its fleet.

J & J is one of the founding members of the U.S. Environmental Protection Agency’s Green Power Partnership, and was honored as Green Power Partner of the Year in 2003, 2005, 2006, and 2007.  The company has directly purchased wind and on-site solar PV power units and renewable energy certificates are purchased from wind power and biomass facilities.  A recent investment in Ireland saw the country’s first biomass boiler to be used in a pharmaceutical manufacturing facility, using leftover woodchips from sustainably-logged forests as carbon neutral fuel.

As one of the largest providers of packaged consumer goods, J & J has reduced packaging by incorporating at least 30 percent post-consumer recycled content or fiber from sustainably harvested forests in 93 percent of office paper and 83 percent of paper-based packaging.  J & J has also pushed to remove PVC from its packaging, eliminating it in 84 percent of secondary and tertiary packaging.

“Sustainability is a process,” says Michael Maggio, Vice President, Johnson & Johnson Group of Consumer Companies, Global Strategic Design Operations. “We start with small steps and then improve as we go.”

HP is one of the leading IT firms going green.  The company was the first to introduce Energy Star® rated PCs, and since has released a whole line of computers, monitors, televisions, and printing and imaging products with Energy Start® certification.

In 2006, HP partnered with the World Wildlife Fund to reduce CO2 emissions by 15 percent come 2010.  The company also reports and verifies carbon dioxide emissions from its facilities, based on the Greenhouse Gas Protocol and the World Economic Forum’s Global Greenhouse Gas Registry.  HP boasts some of the most energy efficient data centers in the industry.

HP promotes an extensive IT recycling program, and in 2006 alone reported 164 million pounds of IT equipment recycled.  The company is hoping to reach 1 billion pounds recycled by the end of 2011.

HP has even released a limited edition “Green IT for Dummies” guidebook in collaboration with the “For Dummies” brand book series to help other organizations in their greening efforts.

IBM holds rank as the “World’s Greenest Company,” and one major factor setting them on top is the creation of the world’s greenest data center at Syracuse University.  The data center was designed from the ground up with energy efficiency in mind, and boasts 50 percent less energy consumption than most other data centers.

IBM has worked for the last 20 years to reduce energy and water consumption.  Between 1990 and 2010, the company reduced energy consumption by 5.1 kilowatt hours.

"Smarter energy is not some futuristic ideal,” says IBM CEO Samuel Palmisano. “For one thing, there are real examples being deployed around the world.  Smarter energy is practical because it's not ideological."