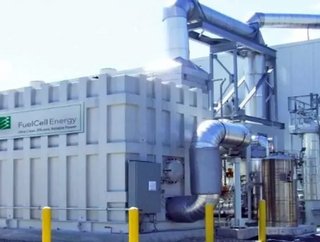 in the design, manufacture and service of ultra-clean, efficient and reliable fuel cell power plants, today announced the dedication and operation of a 2.8 megawatt DFC3000® stationary fuel cell power plant installation at a municipal water treatment facility in California that utilizes renewable biogas as a fuel source. FuelCell Energy, Inc. previously announced the sale of the power plant to Anaergia, Inc., a project developer and investor. Anaergia is selling the electricity and heat to Inland Empire Utilities Agency (IEUA) under a twenty year power purchase agreement. The power plant is an integral and unique on-site fuel cell application to convert biogas, a harmful greenhouse gas, into electricity and usable high quality heat in a carbon-neutral fashion that emits virtually no pollutants.

A dedication event for the fuel cell power plant was held on October 12 at the IEUA facility. IEUA is one of the largest wastewater treatment operators in California and is a leader in adopting sustainability initiatives as it transitions to grid-independence by the year 2020.

“We have adopted the goal of becoming energy self-sufficient by the year 2020 in a manner that meets our aggressive sustainability goals and with competitive economics,” said Thomas Love, General Manager, Inland Empire Utilities Agency. “This fuel cell project, combined with our existing solar and wind installations, is helping us achieve these goals.”

“Setting new standards for environmental leadership with cost effective on-site power generation that is clean and renewable is a replicable model for California and other regions,” said Arun Sharma, President, Anaergia Services. “Anaergia is pleased to be a part of Inland Empire Utilities Authority's renewable energy portfolio and contribute to their goal of energy selfsufficiency by 2020."

IEUA is prohibited from releasing the biogas generated by the wastewater treatment process directly into the atmosphere as it is a harmful greenhouse gas. Flaring the biogas emits pollutants and wastes a potential source of revenue. Using the biogas as a fuel source to generate power converts a waste disposal problem into a revenue stream. Due to the renewable nature of biogas, the power generated by the fuel cell is carbon-neutral.

renewable on-site biogas. Our fuel cell technology is uniquely positioned to provide what other megawatt-class power generation products can’t, which is efficiently converting biogas into continuous power right where the biogas is generated and in a manner that is virtually absent of pollutants,” said Chip Bottone, President and Chief Executive Officer, FuelCell Energy, Inc. “This project is a win for everyone involved, particularly the citizens of California that benefit from privately financed carbon-neutral power generation.”

Direct FuelCell® (DFC®) plants can be located where biogas is generated and directly use the biogas with only minimal cleaning of the gas. Biogas contains humidity, sulfur and CO2. Prior to being used as a fuel source for the Direct FuelCell, the humidity and sulfur must be removed, but the DFC technology does not require the removal of the CO2. This is a cost advantage as pipeline quality biogas, also termed ‘directed biogas,’ must have the CO2 removed prior to being injected in the gas pipeline, which is an energy-intensive process and adds cost.

Fuel cells are highly efficient and can achieve efficiencies up to 90 percent when byproduct heat is utilized. The byproduct heat from this power plant will be used to help create the renewable biogas by heating the anaerobic digesters that produce the biogas. High efficiency decreases energy costs and provides more electrical output from the same amount of biogas than less efficient alternatives.