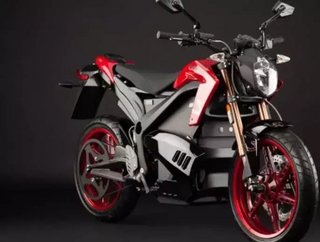 Zero Motorcycles announced its 2012 model line today, including a fully electric motorcycle capable of exceeding 100 miles on a single charge. For the...

“The 2012 model line is truly game changing. It marks the first time in history that riders can actually own an electric motorcycle that is capable of exceeding 100 miles of range on a single charge,” said Scot Harden, VP of Global Marketing of Zero Motorcycles. “Every model in the lineup goes faster, further and is more fun than ever before. These are not concepts. In less than three months, riders can see and purchase 2012 models at authorized Zero Motorcycles dealers.”

As battery technology has improved, this is a sign that the electric motorcycle industry has improved enough to become a commercial reality. Previous models, like the Zero S, only lasted about 43 miles, while other electric motorcycles on the market have long had the same problem. With a new Z-Force battery pack, Zero's new 2012 lineup can now get up to 114 miles of range and hit 88 mph at top speed.

Supercomputers to Speed up Development

The Zero DS is being tested by London's Metropolitan Police in urban patrol settings. Trial runs of the electric motorcycles with the police, military and other fleets are part of Zero's strategy to gain more exposure. Zero's motorcycles are also being used by other law enforcement agencies, including Scotts Valley and Santa Cruz, Calif., and the New Mexico Fish and Wildlife Service.

Depending on the five models to choose from, the electric motorcycles range in price from $7,695 to $13,995.