After 3 months of operations Hywind Scotland has reached 65% capacity 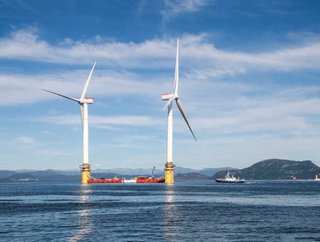 In January, the world’s first floating wind farm reached 65% of its total capacity, three months after it was installed.

In January, the world’s first floating wind farm reached 65% of its total capacity, three months after it was installed.

Statoil, the Norwegian energy company and developer of Highwind Scotland, announced the fast speed of the farm’s capacity acceleration.

Hywind has a total capacity of 30MW, and is located 25km from Scotland’s coast, near Peterhead.

The farm has surpassed most onshore wind farms, with the US reaching an average capacity of 37% in 2017.

It is also significantly ahead of the average thermal power plants, and coal and natural gas generators, with EIA releasing findings suggests the sectors will reach an average percentage capacity of 54% and 55% during last year.

“We have tested the Hywind technology in harsh weather conditions for many years and we know it works,” commented Senior Vice President of Offhsore Wind Operations at Statoil, Beate Myking.

“But putting the world’s first floating wind farm into production comes with some excitement.”

“Therefore, it is very encouraging to see how well the turbines have performed so far.”

“Hywind Scotland’s high availability has ensured that the volume of electricity generated is substantially higher than expected. In addition, it has delivered without any HSE incidents.”

Statoil and Masdar have partnered on a battery project, dubbed Batwind, to analyse the floating farm’s energy storage options.