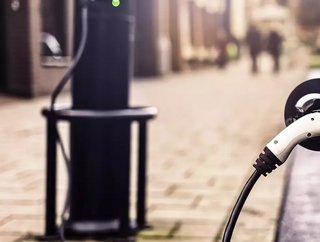 French-owned industrial gas producer Air Liquide announced plans this week to spend US$150mn on the construction of a liquid hydrog...

French-owned industrial gas producer Air Liquide announced plans this week to spend US$150mn on the construction of a liquid hydrogen plant in the Western United States. The plant will produce liquid hydrogen for the fuel cells used to power electric vehicles.

Air Liquide claims the plant will produce enough hydrogen to provide fuel for ‘at least 35,000 fuel cell electric vehicles’, according to a report by the Houston Chronicle.

The announcement follows the completion of a deal between Air Liquide and Newport Beach, California-based FirstElement Fuel, a leading fuel cell retailer, according to the Chronicle.

State governor Jerry Brown announced in the first half of 2018 that, by 2030, California would have 5mn electric vehicles on its roads. And, according to the Houston Chronicle, California is expected to have 40,000 hydrogen-powered vehicles on the roads by 2022. Touted as a zero-emissions vehicles, hydrogen-powered cars, trucks and buses only produce water and heat as byproducts.”

“Air Liquide described the new plant as the first large-scale investment into the infrastructure needed to support hydrogen-based transportation.” The new plant, the location for which has yet to be chosen, is expected to produce 30 tons of hydrogen fuel per day.

Air Liquide USA executive vice president, Michael Graff, told the press that “"we are convinced that hydrogen is an essential sustainable energy vector of the future and a cornerstone of the energy transition”.

Construction on the new plant is scheduled to begin in 2019.