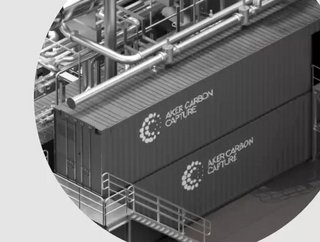 Aker Carbon Capture is preparing to deliver its Just Catch modular carbon capture plant to Twence's waste-to-energy facility in Hengelo in the Netherlands, after the Dutch waste management company announced it is ready to start up the project. The plant is expected to start operations at the end of 2023.

Twence converts 1 million tonnes of waste-to-energy every year, supplying more than 100,000 people in the eastern part of the Netherlands with heating and electricity. The company's CCUS project is designed to support the country's progress towards the Paris agreement goals.

The European Commission in August found €14.3 million Dutch investment aid to Twence for the CCUS facility to be in line with EU State aid rules.

"We are pleased to see that Twence has taken the decision to realise this project with delivery of our compact and modular carbon capture plant. After working closely with Twence since 2018, we are ready to implement our technology and execution skills to the benefit of the company and the residents of Hengelo," said Valborg Lundegaard, chief executive officer of Aker Carbon Capture.

"Together with Aker Carbon Capture, we are ready to take the next step: constructing a large-scale plant that can capture 100,000 tonnes of CO2 per year," said Marc Kapteijn, Managing Director of Twence.

Once the CO2 is captured and liquefied, it will be supplied by road tankers to users such as nearby greenhouses, where it will increase the yields of plants and vegetables. This supply replaces emissions from the traditional method of producing CO2 for greenhouses: burning fossil fuels.

"This also gives us the opportunity to not only supply liquid CO2 to greenhouse horticulture, but also to use it in other sectors, such as in the food industry, for the mineralisation of building materials, in the chemical industry or as a biofuel. With this plant, Twence will be contributing to a CO2-neutral environment," said Kapteijn.

The importance of CCUS, including direct air capture (DAC) technologies to move the world closer to a 1.5°C path, was widely recognised during COP26. More than 30 events related to CCUS took place at COP26, covering policy, business, and social and technical challenges to its upscale. The US and China, the world's top greenhouse gas emitters, announced an agreement to cooperate on fighting climate change.

The flexibility of DAC allows plants to be installed in non-arable land and in any climate, enabling more countries to participate in helping to solve global warming. The problem is cost, as the technology is still in its infancy, notes an IDTechEx report.

Current costs range from $100-$800 per metric ton of CO2 abated, whilst afforestation and reforestation can be as low as $5-50/tCO2, it notes.

"If DAC follows a similar development pathway to solar photovoltaics, it will become low-cost in 2077 - far too late for the world's climate targets. The rules for a new global carbon market put into place during the summit are expected to boost investments into solutions such as DAC, which remove CO2 from the atmosphere and generate trading carbon credits."

Growth is mainly due to companies resuming their operations and adapting to the new normal while recovering from the COVID-19 impact, which had earlier led to restrictive containment measures involving social distancing, remote working, and the closure of commercial activities that resulted in operational challenges.

Climate change, specifically ocean acidification caused by increased CO2 concentrations, is likely to have "mixed effects on blue carbon capture and storage", negatively impacting on calcareous organisms (that build carbonate skeletons) and carbonate sediments, but potentially benefitting photosynthetic species (such as kelp or other macroalgae), according to an Assessment of Carbon Storage and Sequestration Potential report. The English North Sea is estimated to store 100.4Mt of carbon.