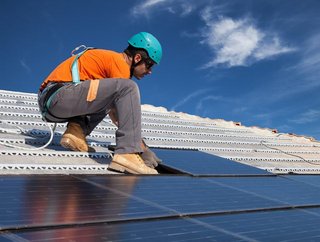 The American e-commerce giant, Amazon, has finished the installation of 3,200 solar panels on its Passo Corese logistics centre.

The American e-commerce giant, Amazon, has finished the installation of 3,200 solar panels on its Passo Corese logistics centre.

Enerray, the photovoltaic installer, worked on the 964 kWp project in Italy, which is expected to deliver a return on investment in five and a half years.

“The logistics centre located in Rieti province is the result of massive investments in innovation and technology made by this global e-commerce giant, and we are so proud to be seen as the Italian company up to this challenging task,” stated Michele Scandellari, Chief Executive of Seci Energia’s – Enerray’s parent company.

In 2014, Amazon announced it plans to transition to 100% renewable energy, and in 2017 the company were sourcing 40% clean energy.

Although there has not been set a timeframe for the company’s 100% renewables plan, the firm stated they wanted to increase the green energy they use to 50% by the end of 2017, and have not yet confirmed if they had achieved that goal.