Amazon’s waste management and solar energy commitment - the start of a sustainability journey? 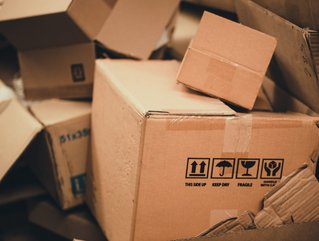 This week Amazon announced new recycling and green energy initiatives across the US and UK, including an investmen...

This week Amazon announced new recycling and green energy initiatives across the US and UK, including an investment into the Closed Loop Fund and a solar energy project.

The tech giant has invested $10mn in the Closed Loop Fund, a recycling project which invests in the Circular Economy, to help improve recycling infrastructure in the US. It is hoped that the investment will increase the availability of curbside recycling for 3mn homes in the nation, diverting materials from landfill and as such, indirectly reducing the company’s contribution to waste through its packaging.

Dave Clark, SVP Worldwide Operations at Amazon, said: “This investment will help build the local capabilities needed to make it easier for our customers and their communities to recycle and to increase the amount of material recycled across the country.

“We are investing in Closed Loop Fund’s work because we think everyone should have access to easy, convenient curbside recycling. The more we are able to recycle, the more we can reduce our collective energy, carbon and water footprint.”

The second investment is the installation of 20MW worth of solar panels in the UK to help power Amazon’s fulfilment centres across the country. It is hoped that this use of renewable energy will reduce the company’s carbon footprint by 6,000 tonnes of CO2 per year.

The trillion-dollar ecommerce company has also signed a deal to purchase sufficient green energy certificates to ensure 100% of its UK buildings are offset by renewable resources.

Many in the media had suggested Amazon was trailing behind other technology companies on the sustainability front, as it has not announced as many major initiatives as come of its counterparts. Especially since Amazon’s fulfilment operations produce so much waste in the form of packaging with no guarantee this won’t go to landfill, the commitment to recycling will be a relief to many environmental campaigners but is being seen as just the start of a sustainability transformation journey.

“While Amazon’s commitment to reducing its carbon footprint is apparent from its latest pledge to install rooftop solar systems at its fulfilment centres in London, companies like Walmart, Apple and Costco Wholesale have been using renewable sources for years. In fact, 91 per cent of Ikea stores are already powered by solar energy. For a company that prides itself on leading the market, this late adoption means it is following the herd.

“Amazon’s fulfilment centres are not the final stop in the supply chain. To fulfil orders, the packages still need to be distributed and it is in this area that Amazon should rethink its strategy. In addition to deploying solar arrays to its facilities, Amazon can also integrate the next generation of solar panels onto its vehicles.

“We are seeing rapid breakthroughs and developments in the field of flexible photovoltaics, including our use of lightweight organic biopolymers to make flexible and semi-transparent solar panels that can cover the outside of a vehicle. This could potentially allow an electric courier van to partly charge during transit from A to Z.

“Amazon accounts for the largest e-commerce market share of leading e-retailers worldwide and responsible for 44 per cent of all US e-commerce sales last year. This adoption is a positive sign of progression, but Amazon should aim to pioneer in the integration of alternative ways to make its existing operations environment-friendly.”

Indeed, Will Richardson, Environmental Management Consultant and Founder of Green Element told Energy Digital exclusively: “It is not necessarily playing catch up with other tech giants – it is playing catch up full stop…. With the recent announcements that the rates of recycling are not real figures, Defra estimates that the UK has exceeded its overall packaging target every year since 1997 and recycled 64% of packaging in 2017.

“It depends on how far Amazon are willing to go,” he continued, adding that if such a large corporation only does this as a ‘token gesture’, “in the current climate it will be pulled up”. Perhaps, then, we can expect much bigger recycling and clean energy investments from Amazon in the coming months and years.