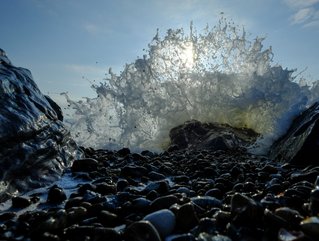 Having switched on MeyGen at Scotland’s Pentland Firth back in October 2016, Atlantis Resources has announced that the tidal energy facility has re...

Having switched on MeyGen at Scotland’s Pentland Firth back in October 2016, Atlantis Resources has announced that the tidal energy facility has reached the 1GWh milestone.

The Singaporean tidal power company added the final turbine to the 6MW facility back in February, completing phase 1A of the MeyGen free stream tidal project.

Using the four AR1500 tidal steam turbines to generate the energy, the 1GWh produced so far has the potential to provide energy for as many as 700,000 homes for an entire hour.

“Yet another milestone has been achieved as we continue to see the vast potential of the world’s largest tidal power array realised,” said CEO Tim Cornelius.

“It’s extremely rewarding for all those involved to see the fruits of our collective passion and labour continuing to deliver.”

The news comes on the same day as a change in management, with Simon Counsell standing down as Chief Finance Officer, set to be replaced by current Head of Corporate Finance Andrew Dagley at the end of the month.

“I would like to thank Simon for his support and hard work over the last two years as we have transitioned the finance department from Singapore to Edinburgh, where he has built a highly competent team,” said Cornelius.

“I am delighted that Andrew will have the opportunity to join the operations board as CFO.

“He brings a wealth of experience in global renewable energy generation and we all look forward to working with him as we continue to build on Atlantis’s successes.”

The 6MW MeyGen facility is part of a larger project, with the aim of eventually housing a total capacity of 398MW.