Autonomous robots could be used to build entire wind projects 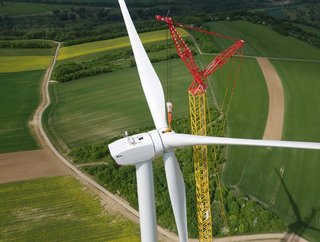 According to DNV GL, artificial intelligence (AI) could be used to develop onshore wind projects. AI can be used to improv...

According to DNV GL, artificial intelligence (AI) could be used to develop onshore wind projects.

AI can be used to improve data collection and analysis, as seen with the Bristol wind project that plans to use drones to for maintenance, and robot installation and operations.

Sensor are currently used to collect data in the industry, which have contributed to the advancement of resource forecasting as well as control and predictive maintenance.

However, the data that has been collected seems to not be used to its potential, argues DNV GL in a position paper.

The report writes that performance information of individual projects is not shared “except to demonstrate the achievement of regulatory minimum standards”.

“It is possible to imagine an onshore wind farm being built entirely by autonomous robots,” the report states.

“The parts of a wind tower and turbine or a solar array are transported from the factory by self-driving lorries, unloaded by another set of robots, attached to the foundations that yet other robots have dug and filled, and pieced together by a final set of robots and drones.”

“Most of these robots are driving robots — or automatic guided vehicles — controlled by artificial intelligence.”