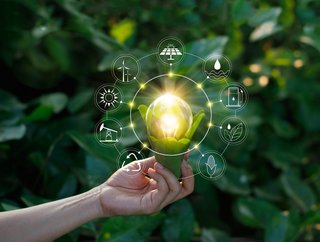 This group of companies, coming together as the Corporate Renewable Energy Aggregation Group, is the first example of companies aggregating similar, relatively small amounts of renewable energy demand to collaboratively enter into a virtual power purchase agreement (VPPA), collectively acting as the anchor tenant for a large offsite renewable energy project. An official release stated: “The unprecedented coordination between five international businesses lays the groundwork for other corporates to procure renewable energy cooperatively, maximizing value and reducing risk.”

The five members of the group, with support from the Business Council on Climate Change (BC3) and the Business Renewables Center (BRC), began collaborating in late 2017.

Nationalisation of jobs in the UAE experiences 200% increase during 2018

The eventual solution, says the report, was chosen by the group was a uniform VPPA contract and a single, shared legal counsel to negotiate and finalize the transaction. “This helped to further streamline the final phases of the transaction. The new, simple structure allows the buyers to contract for relatively small pieces of the BayWa r.e. solar project, keep transaction costs low, and learn best practices from each other. The group hopes other buyers see this structure as a viable way to enter the large offsite renewable energy market, helping to accelerate corporate procurement of clean energy and expand renewables deployment in the U.S.”

Michael Barry, Head of Sustainable Business Operations at Bloomberg said: “The process of buying renewable energy through a PPA can be difficult and time-consuming, especially for buyers seeking smaller energy loads. Combining our resources as a single group of buyers has enabled us to scale our impact. This transaction is a great example of a group sharing best practices, working together and showing the benefit that cross-firm collaboration can have. It also serves as an example to developers that a market exists for these types of projects.”

Steve Bradley, Assistant Vice President Environmental Sustainability at Cox Enterprises said: “Cox is no stranger to the renewable energy space. We’ve already invested millions of dollars and resources into our goal of being carbon neutral by 2044. This partnership is an opportunity for us to take what we’ve already been building to the next level by joining forces with other companies who share our vision for a cleaner, more sustainable planet. This is an exciting venture because by coming together, we are creating the blueprint for companies to come.”