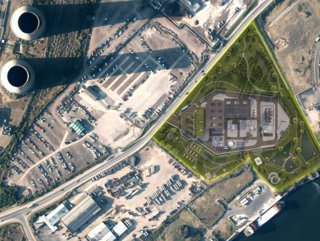 Clean Planet Energy designs and builds facilities – which they refer to as ecoPlants – that are expected to process plastics typically rejected by traditional recycling centres and so would otherwise be sent to landfill or incineration.

Under the new agreement bp will initially receive the output of Clean Planet Energy’s first facility, currently under construction in Teesside in the north-east of England.

The north-east facility is designed to have the capacity to process 20,000 tonnes a year of waste plastics into naphtha and ULSD. The naphtha can be utilised as feedstock into circular plastics value chains, which is aligned with bp’s aim of unlocking new sources of value through circularity, keeping products and materials in use for longer.

Clean Planet Energy will provide bp with the opportunity to expand the relationship by offtaking products from its future plants beyond Teesside.

bp is already leading a series of major hydrogen and carbon capture and storage projects being developed in and around Teesside that will support decarbonisation of the region’s industries.

Clean Planet Energy is currently in the process of developing 12 of its ecoPlants globally. From these facilities alone, the company aims to divert 250,000 tonnes of hard-to-recycle waste plastic annually from landfills and the environment, creating more than 700 green jobs in local communities. Clean Planet Energy plans to announce further ecoPlants in the UK, EU, South-East Asia and the Americas later this year.

Sven Boss-Walker, SVP Refining & Products Trading at bp, said the long-term agreement with Clean Planet Energy for the offtake of naphtha will help bp unlock new sources of value through circularity, while helping divert plastic waste away from landfill, incineration and the environment. "Clean Planet Energy’s first facility in Teesside should help accelerate this journey," he said.

Dr. Katerina Garyfalou, Director of Business Development at Clean Planet Energy, said it set out to find an international energy company to work with that  understood its vision, and its naphtha product "can have an impact in helping to advance a circular economy". Its partners include The British Plastics Federation and Stopford, an international energy and environment consultancy.

The facility will convert waste plastic otherwise destined for landfill or incineration to a green pyrolysis oil that will be used to create recycled plastic and other products.

EY recently joined the Alliance to End Plastic Waste, alongside more than 90 companies, project collaborators, allies and supporters who are committed to ending plastic waste in the environment.

Security Matters, a company focusing on digitising physical objects on the blockchain, has successfully marked recycled plastics by studying the impact of different feeding methods on final PCR readings with high accuracy.

The UK and other countries have or will soon implement their recycled Plastic Packaging Tax Legislations, enabling companies which use SMX's automated auditing technology, to avoid human auditing errors and increase cost-savings.

Its technology provides companies with economical and transparent solutions to identify and report on their recycled contents used in plastic packaging, and remove their dependency on human auditing, according to Haggai Alon, SMX CEO and Founder.