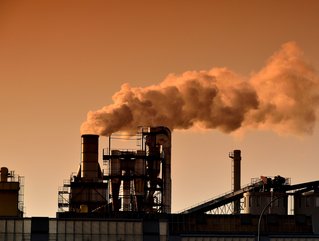 For the first time since 1882, the UK generated all of its power without the aid of coal last Friday (21st of April). The share of electric...

For the first time since 1882, the UK generated all of its power without the aid of coal last Friday (21st of April).

The share of electricity generated by coal power plants hit zero on Thursday night, and remained that way for a full 25 hours. This made it the first working day where no energy was provided by fossil fuel since Britain’s first ever steam-driven power station opened.

"Coal has been a vital part of the UK over my lifetime, and due recognition to the people who made that happen, but this is an exciting step in the huge transition the UK is making to an electricity system that’s still affordable and reliable but more sustainable through using gas rather than coal.

“There are still challenges and opportunities ahead. Using less coal is not just about changing the fuel used in power stations, it’s a shift in the way we generate, store and use energy from big centralised solutions like large power stations and the national network of pylons and cables we use to move electricity around.  We already see a move to more local, distributed ways that energy is made and used, in our homes, communities and in industry.”

Michael Bradshaw, Professor of Global Energy, also researches the UK gas and coal industry. He co-authored a report for UKERC entitled The Future Role of Natural Gas in the UK.

Bradshaw said: "The current Government is amid a consultation about its intention to remove coal completely by 2025; but it seems that it may well be gone before then. However, this begs the question what will replace that coal in the power generation mix? The Government talks of the need for ‘new’ gas power generation and is concerned that the current capacity mechanism is not incentivising sufficient investment.

"The reason for this is that there is considerable uncertainty over the future role of gas in UK power generation. In 2015 power generation accounted for 22.2 percent of UK gas demand, the household sector 30.2 percent and industry 20.2 percent. A study by UKERC on the future role of natural gas in the UK highlights the complexities surrounding the role of gas in the ongoing low carbon transition.

"Natural gas is a fossil fuel, but when burned to generate electricity it produces about half the amount of carbon dioxide that would be emitted from coal. However, the future trajectory of the UK’s energy mix is constrained by the Climate Change Act (2008) and its commitment to reduce carbon dioxide emissions by 80 percent over 1990 levels by 2050. This requires the almost total decarbonisation of the energy system. With coal gone from the power generation mix by 2025 at the latest, gas becomes the high-carbon fuel in the mix.

"There are two possible paths if natural gas is to remain part of the solution, rather than the next problem. The first would be to use carbon capture and storage (CCS) to significantly reduce the emissions of gas power generation. But the Government cancelled its support CCS back in November 2015, for ‘purely fiscal reasons.’ Hopefully, support for CCS will form part of the new Industrial Strategy.

"The second path is to ‘decarbonise’ natural gas itself, but using methane to produce hydrogen requires CCS and the other options - biogas and biomethane - are unlikely to provide a large-scale solution."