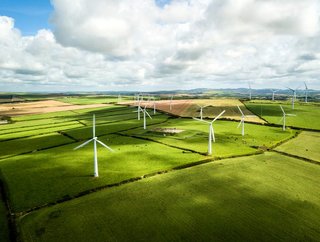 The National Grid confirmed that at 14:30 GMT, wind power accounted for 34.2% of all energy generated in Britain.

“2017 was a record year for green energy and it’s looking likely 2018 is set to exceed that,” commented Fintan Slye, Director of the System Operator at National Grid.

The previous record set by Britain was 13.8GW of wind power output, recorded on 1 March.

It is anticipated that the renewable energy’s capacity across Britain will continue to grow this year.

RenewableUK, the British trade association, has forecast that the nation will have an addition 2GW of wind capacity by the end of 2018.

“Yet again, wind is playing a key role in keeping Britain going during a cold spell,” remarked Emma Pinchbeck, Executive Director of RenewableUK.

“When the mini 'Beast from the East' struck on Saturday, over a third of the UK's electricity was being generated by wind.”

In 2017, wind capacity in the UK expanded by approximately one fifth, totally about 19GW, according to Wind Europe’s findings.