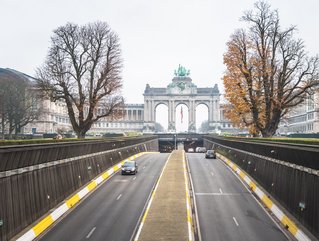 Brussels drivers face fines of €345 (£291) if they fail to comply with low emission zone charging rules according to research from confused.com

Brussels is the toughest city on low emission zone (LEZ) charges with drivers facing fines of €345 (£291) if they fail to comply with the rules.

The entire Brussels-Capital Region is deemed an LEZ and petrol and diesel vehicles must adhere to the petrol Euro 2 and diesel Euro 5 emission standard respectively, according to research from confused.com.

The city home to the lowest penalty charge is Beijing, which introduced an LEZ back in 2009, which has since been expanded, although the penalty fee for driving in the zone is just RMB¥100, which equates to around £12.

Three cities in Norway use low emission zones - Oslo, Bergen and Kristiansand - and in each one, all vehicles have to pay a charge to enter the zone, but more polluting cars have to pay extra. Failure to pay the toll results in a fine of £25.

Alex Kindred, car insurance expert at Confused.com, said whilst paying low emission fares can prevent such fines, there are some changes motorists can make to avoid low emission zone charges.

"Some drivers may be ready to make the switch to EVs, but otherwise, there are still some vehicles which are deemed more fuel-efficient or have lower emissions. Investing in one of these cars can help to protect the environment while the increased levels of efficiency can also aid in saving you money at the fuel station."

Much like the wider energy transition, LEZs are seen as a transitory phase. Paris is not looking to restrict the movement of combustion engine cars by 2030, but banning them outright from entering the city.

"When EVs become the norm, there won’t be any emissions-based restrictions preventing them from entering cities. There’s the possibility that this will lead to an increase in inner-city congestion, even if it is zero-tailpipe emissions," it states.

"If that becomes the case, we can expect things like London’s Congestion Zone charge to take the place of LEZ as being the main conversation around influencing the movement of traffic in our cities. Other cities will surely follow with more stringent congestion charges."