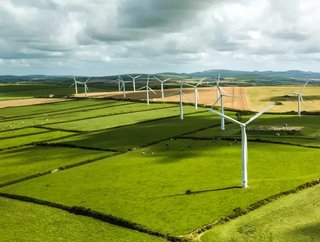 Global telecommunications provider BT Group announced this week that it had signed two new energy deals, which will raise the compa...

Global telecommunications provider BT Group announced this week that it had signed two new energy deals, which will raise the company’s reliance on renewable energy sources from 81% to 96%.

According to the ISP Review, the new deals will make BT’s sibling company EE 100% powered by renewables sources. “Last year, BT signed a separate agreement with nPower to supply the rest of EE’s operations, including over 600 retail locations across the UK, with 680 GWh of renewable electricity.”

The new power purchase agreements will effectively reduce BT’s carbon emissions by 100,000 tonnes per year: the equivalent of removing 40,000 vehicles from the road.

ISP reports: “overall the entire group is still 4% shy of their 2020 target for 100% renewable energy (globally), at least for now.”

As the largest telecommunications and internet services provider in the United Kingdom, BT is estimated to consume 1% of all the energy produced in the UK. By 2045, the company has committed to becoming a net zero carbon emission business, with the milestone target of reducing emissions by 87% by 2030.

Andy Wales, BT’s chief digital impact and sustainability officer said in a press release: “The IPCC report showed the urgency of the task we all face to tackle climate change. We recently announced our pledge to become a net zero carbon emission business by 2045, and today’s renewable energy deals mark another important step in reaching our ambitious sustainability goals. We hope that by leading by example we can inspire others to take action and drive the transition to a low carbon economy.”