Bumpy Ride for Electric Vehicles in the US 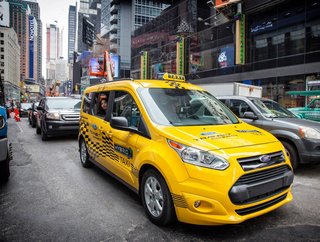 Against the backdrop of a number of nations committing to phasing out gas and diesel combustion engines and accelerating the development of e...

Against the backdrop of a number of nations committing to phasing out gas and diesel combustion engines and accelerating the development of electric vehicles (EVs), energy industry observers began are debating the path that the US will take. Some energy analysts are optimistic that a mass market adoption of EVs in the US will happen by 2030. However, such an ambition will face its own challenges in the US.

At this point, EVs constitute just 1% of total car sales in the US, despite the annual growth in sales. According to think tank RethinkX, the U.S. vehicle fleet will be 95% electric by 2030. A Colorado-based energy research organisation, Rocky Mountain Institute, states that the single major obstacle to increasing the adoption of EVs in the US is insufficient charging infrastructure.

Alistair Pim, Vice President of Innovation and Partnership at the Boston-based Northeast Clean Energy Council, shares the optimism about the future of electric cars in the US: “The economics of EVs are rapidly changing. All major automakers are switching to EV manufacturing. As more EVs enter the market, more American consumers will buy them. A tipping point is approaching faster than we expect,” Pim said in an interview.

“EVs definitely appeal to American consumers,” said Cabell Hodge of the National Renewable Energy Laboratory, a renewable energy and energy efficiency R&D arm of the US Department of Energy. “Nearly 25% of surveyed consumers would consider an EV for their next purchase. However, an incremental price of EVs is one of the barriers for many people. As prices of EVs go down and batteries get cheaper, they will become more appealing to consumers.”

Government and policy support to lower barriers at the early deployment stage of EVs is crucial. Countries such as Norway and China are prime examples of how EVs can be scaled with the backing of the government. With 29% of its total market share, Norway ranks as number one in the world in adopting EVs, largely thanks to generous government subsidies and incentives. According to rating agency Fitch, China stands second after Norway in EV subsidies and it sold twice as many EVs as the US in 2016. Driven to cut both heavy pollution levels and growing dependence on foreign oil, China aims to reduce its emissions from cars by pouring political and financial support to mass adoptions of EVs. Now that Norway and China are making the phase-out of gasoline and diesel-engine cars a goal, a mass-market transition to EVs in those countries looks promising. It is hard to say the same about the US.

By contrast, President Donald Trump’s administration has made it a priority to stimualte the coal, oil and gas sectors at the expense of renewable energy and pro-environmental policies. For example, the current administration is considering rolling back fuel economy targets for the auto industry. In the US, Corporate Average Fuel Economy (CAFE) standards have been in place since 1975 to continually improve the average fuel economy of cars and light trucks. The current CAFE targets, established in 2011, require that 2021 vehicle models must average 41 miles per gallon (mpg), while 2025 models would be required to average nearly 50mpg. Lowering these standards would further disincentivise consumers from buying more expensive EVs when they can buy regular cars that run on cheap gasoline. It is worth noting that the price of gasoline in the US is one of the lowest in the developed world and as a ratio of average wages, according to Statista.

According to the International Energy Agency (IEA), “fuel economy regulations are effective in stimulating the adoption of energy-efficient and low-carbon technologies”. EVs meet fuel economy targets better than gasoline and diesel-run cars. Strict fuel economy and zero emission standards in some of the European and Asian countries have been key selling points of EVs to consumers.

Another important factor for EV market penetration is government driven financial incentives. Although Congress saved current federal tax credits for EVs in a sweeping new tax bill it adopted in December 2017, these credits will phase out once manufacturers sell 200,000 EVs in the US. For the country with over 250mn cars on its roads, it is unclear that selling 200,000, on top of around 600,000 EVs already deployed in the US, will be the threshold for EV market penetration and help bring down costs for consumers that rely on federal tax credits. The amount of currently eligible federal tax credits, which ranges between $2,500 and $7,500, depends on an EV’s size and battery capacity. Granted that most state governments and utility companies offer a range of incentives to encourage new buyers to purchase hybrid cars, EVs and other zero-emission vehicles, many state incentives have various expiration dates and change on a regular basis. There is no federal policy or national target on deployment of zero-emission vehicles and charging stations in the US that would facilitate a mass market transition to EVs.

Apart from political support, EV market penetration calls for an extensive network of charging infrastructure. “Two biggest technological challenges for EVs are the availability of charging infrastructure and minimising electric costs,” explains Cabell Hodge. “In the US, there are good examples of government and private sector building charging stations across different states. For example, Tesla Superchargers are placed every 67 miles. The Department of Transportation has identified numerous highways as corridors for charging stations. Electrify America, Volkswagen’s $2bn initiative, is aiming to mount EV chargers all over the country.” According the International Energy Agency (IEA), setting targets on deployment of EV chargers helps develop policies to meet them. The only federal program, the Department of Energy’s EV Project designed in 2009 to install over 12,000 charging stations across the US, ran out of funding years ago. Although incentive programs to expand deployment of charging stations exist in a number of states, the rate of EV adoption is still slower in the US compared to other countries, partly due to inadequate charging infrastructure. The US currently has little over 45,000 charging outlets and about 16,500 electric stations. By contrast, China’s national grid is leading the effort to expand charging stations in the country from its current 171,000.

Another challenge is preparedness of American utilities to meet the increasing electricity demand for EV charging stations, if the charging behavior is not carefully managed. According to the National Renewable Energy Laboratory (NREL)’s June 2017 Vehicle-Grid Integration report, “both the physical structure of the grid and the strategies employed by utilities to manage electricity flows will be impacted by high and/or geographically concentrated EV adoption”. To meet the needs of the growing number of EV charging stations, utilities may need to invest in improving many areas of the grid, including substations, distribution lines, and transformers.

Rate incentives at off-peak times would be one way of managing charging times, especially to drivers charging their EVs at home, which utilities appear to widely recognise and are developing strategies to implement them. “For utilities, selling more electricity would be in their interest, so they support EVs,” explains Hodge. “In terms of cost parity between electricity and gasoline, electricity is $1 on a gallon basis, so it is cheaper than gasoline. In addition to cheap electricity, EVs have fewer moving parts compared to gasoline-engine cars: they last a lot longer and require a lot less routine maintenance. Most manufacturers offer up to eight-year battery warranties for EVs or longer.”

EVs have gained significant ground in the US. Just two years ago, the US was the largest market for EVs in the world, which has now been surpassed by China. The future of EVs in the US lies in continuous political will to support their market penetration through financial and other incentives, public-private efforts to expand charging infrastructure, and strategies to manage charging times. Incentives at state levels will help build more momentum for EVs in the US. However, a federal effort will be pivotal in the mass market adoption of EVs, as evidenced in Norway and China.