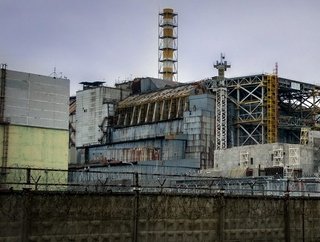 The solar project is anticipated to be commissioned in December, with a 1MW capacity costing €1mn (US$1.2mn), according to Bloomberg.

The developers are aiming to invest €100mn ($119mn) into the Ukrainian project all together.

“Bit by bit we want to optimize the Chernobyl zone,” commented Evgeny Variagin, CEO of Rodina.

“It shouldn’t be a black hole in the middle of Ukraine. Our project is 100 meters from the reactor.”

In July last year, 30 years after the event, the nation’s Minister of Ecology revealed a plan to revive the 1,000 miles of land surrounding the site that hosted the nuclear disaster in 1986.

Due to the nature of radiation it is still unsafe to farm on the land, but it would not harm solar power technology.

The land is also well connected to major cities in Ukraine because of the placement of transmission lines that were originally intended for electrons transportation.

The government is offering the land for a low price which has allowed Rodina and Enerparc to sign contracts for €15 ($17.81) per kilowatt-hour until 2030.

“The higher price is because it’s a risky market, simple as that,” said Pietro Radoia, Solar Analyst at Bloomberg New Energy Fianance.

“I would guess investors are after higher returns there.”