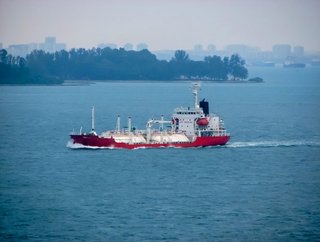 Sinopec, the Chinese state oil company, along with one the nations top banks and its sovereign wealth fund have all signed an agreement to de...

Sinopec, the Chinese state oil company, along with one the nations top banks and its sovereign wealth fund have all signed an agreement to develop Alaska’s liquefied natural gas sector.

China Petrochemical Corp (Sinopec), Alaska Gasoline Development, the state of Alaska, China Investment Corp, and the Bank of China have all settled on aiding the progression of LNG in the state.

This deal could see the US becoming a top source of clean energy for China.

This is following President Donald Trump’s visit to the country in order to meet with President Xi Jinoing in Beijing.

The firms and lenders have confirmed that a potential US$43bn could be invested into the project.

It is expected that 12,000 jobs could be created during construction, as well as the trade deficit between the US and Asia decreasing by $10bn a year, and China receiving renewable energy.

“In addition to balancing overall bilateral trade, LNG exports from the US to China could contribute to China’s efforts to improve air quality and transition to a low-carbon future by quickly switching from scattered coal to gas,” reported the President of the Energy Foundation China, Zou Ji.

“A combination of rising export capacity in the US, LNG import demand growth in China, and political cheerleading has underpinned an uptick in LNG exports to China this year via third party, spot trades,” stated Kerry-Anne Shanks, Head of Asia Gas and LNG at Wood Mackenzie.