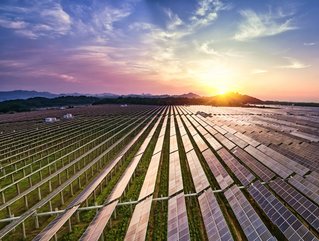 China’s Silk Road fund will invest in the largest solar power project in the world, it has been announced.

China’s Silk Road fund will invest in the largest solar power project in the world, it has been announced.

The fund is set to acquire a 24% stake in the Dubai Electricity and Water Authority (DEWA) Concentrated Solar Park (CSP). The project is part of the Mohammad bin Rashid Al Maktoum Solar Park, which is the biggest single-site solar park in the world. The monetary value of the investment is as yet undisclosed.

Paddy Padmanathan, CEO of ACWA Power, said according to CNBC: “The introduction of a new investor into the DEWA CSP is absolutely in link with ACWA Power’s established strategy of sharing investments with value adding partners who will in turn bolster our projects.

“We could not have found a more capable partner than Silk Road Fund to complement DEWA and us on what is the largest single renewable energy project underway in the world today.”

According to Arabian Business, he added: “This co-investment is also in keeping with our investment strategy of efficiently deploying our own capital to retain a meaningful level of equity interest in each project that is sufficient to permit us to be the long-term investor with de facto control over the investment and for us to remain focused on reliably delivering electricity and desalinated water at low cost.”