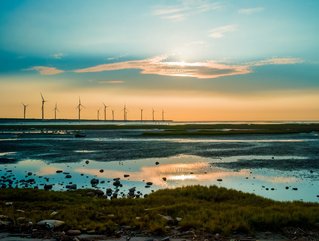 With the Carbon Clean 200 index having been set up in a collaboration of non-profit organisations You Sow and Corporate Knights in August 2016, the i...

With the Carbon Clean 200 index having been set up in a collaboration of non-profit organisations You Sow and Corporate Knights in August 2016, the index has revealed the performance of the clean energy industry for its first full year through June 2017.

Whilst the S&P Energy index showed fossils fuels declining by 1.2%, the Carbon Clean index showed clean energy rising by 16.9% in the same period, with the top five companies on the list being Siemens, Toyota, Schneider Electric, ABB and Panasonic.

To qualify for the list, companies must produce at least 10% of their revenue from clean energy, with oil and gas companies and those that generate less than 50% of their energy resources automatically excluded from the index.

The report has not only revealed the success of clean energy, making strides in the global stock market, but also the decline of non-renewable energy sources.

Coal is falling particularly rapidly due to its high contribution to emissions (40%), as well as its uncompetitive price, now being usurped by renewable sources.

Petrol is expected to eventually follow, with predictions that electric cars will be cheaper to run than traditional ones in the coming year.

China has been revealed as the hub of clean energy, with 68 of the 200 companies on the index originating from the country, compared to 34 in the US.