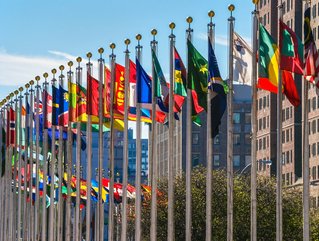 UN Secretary General Antonio Guterres makes his first official visit to India this week, with climate issues to feature heavily on the agenda of the three-day trip.

The visit, which coincides with the 150th birthday celebrations of Mahatma Gandhi, will deal with topics such as piece and nonviolence as well as international security, but is also set to discuss climate change which Guterres has cited as a key issue for India, both in the context of the Paris Declaration as well as the wider UN Sustainable Development Goals.

On Monday, is first day in the country, Guterres is to take part in the General Assembly of the International Solar Alliance. This is the alliance’s inaugural event, having been founded by India and France in March this year with the aim to bring nations together for cooperation in the solar energy industry.

As the alliance was founded, Indian Prime Minister Narendra Modi announced India’s commitment to extend nearly $1.4bn in lines of credit for 27 solar projects in 15 countries.

For the rest of the visit, Guterres will meet with President Ram Nath Kovind and Foreign Minister Sushma Swaraj, as well as Modi.

According to the Times of India, the Secretary General said in anticipation of the visit: “Climate change is moving faster than we are, and if we do not change course by 2020, we risk missing the point where we can avoid runaway climate change.”

He cited the impact of climate change on India, such as recent flooding, and added that rising sea levels will pose a risk to India’s substantial coastal population. However, he was positive about the nation’s efforts so far, saying they are currently in line with India’s domestic goals.