The Climate Group announce new additions to its RE100 campaign 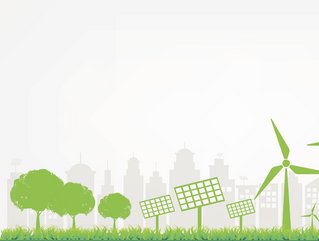 The Climate Group, the non-profit organisation behind New York Climate Week, has announced four new additions to its RE100 campaign, a global collabo...

The Climate Group, the non-profit organisation behind New York Climate Week, has announced four new additions to its RE100 campaign, a global collaborative initiative of influential businesses committed to using 100% renewable energy.

The company has announced the four new members as the Esteé Lauder Companies, Kellogg Company, Clif Bar & Company and DBS Bank Ltd., bringing the total number of companies involved to 106.

“As a global company and citizen, we at The Estée Lauder Companies strongly believe that we all play a part in the fight against global climate change,” said Nancy Mahon, Senior Vice President of Global Corporate Citizenship and Sustainability, Estée Lauder.

“By joining RE100, we are committing to sourcing 100% of our global electricity consumption from renewable energy technologies by 2020. We look forward to partnering with RE100 as we work together to protect our planet and ensure a healthier world for generations to come.

Having run since 2014, the initiative was launched in the aim of helping companies better understand the benefits of going 100% renewable, working together as a collective to both offer and receive guidance in recognising and acting upon their environmental corporate responsibility.

“Going 100% renewable is the obvious next step; lowering business risk, generating financial savings, and helping other companies make the switch as well.”

Further commitments to RE100 are expected during New York Climate Week, held between 18-24 September.