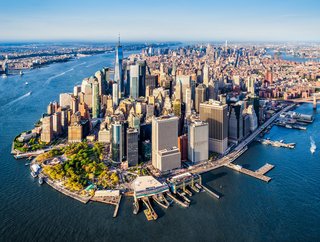 RE100, the global initiative for companies to commit to 100% renewable energy, has released a new report regarding the financial pe...

RE100, the global initiative for companies to commit to 100% renewable energy, has released a new report regarding the financial performance of its members, as well as welcoming some new companies to its now extensive, high-profile list.

This report has been announced as part of Climate Week NYC 2018, which is convened by the Climate Group to bring together businesses and government leaders from around the world to advance climate action. The Climate Group is a non-profit organisation behind RE100.

RE100’s report, which was produced in conjunction with Capgemini Invent and draws on 2016-17 data from a sample of 3500 companies, highlights that RE100 member companies enjoy “above average financial performance”.

Energy Digital looks at the top 10 most sustainable companies

The report stated that “RE100 companies are more profitable than their peers” and that those businesses who are members of the initiative consistently perform better than those who are not. Two key financial indicators cited for this conclusion were net profit margin and EBIT (Earnings Before Interests and Taxes).

“The difference is significant (up to 7.7 percentage points) and is true across all sectors (most prominently for IT, telecommunications, construction and real estate),” says RE100.

RE100 has welcomed seven new members in total, including its first members from Turkey and Latin America. Turkish company Gürmen Group operates across several sectors from retail to mining and energy, and exports to over 60 countries around the world.

Meanwhile, Grupo Bimbo is a world-leading bakery company, which is headquartered in Mexico and is present across the Americas, Asia, Europe and Africa. Grupo Bimbo will now target 100% renewable energy across its geographies by 2025, and has set itself the goal of 80% by 2020. By 2019, the business hopes to be saving 440,000 tonnes of CO2 emissions globally each year.

The other additions to the initiative this week are Japanese company Fuyo General Lease Co, Mahindra Holidays & Resorts India, TRIDL, Decathlon and Lyft.

The companies join notable existing organisations, such as WeWork, RBS, McKinsey and Sony which joined this month, and longer-standing participants Vodafone, Visa and T-Mobile.