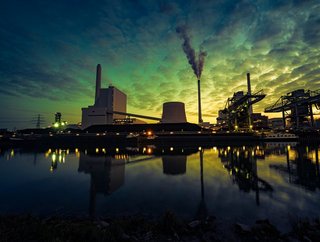 A new report released by Greenpeace, the Sierra Club, and CoalSwarm suggests that coal-powered plants are declining for the second consecutiv...

A new report released by Greenpeace, the Sierra Club, and CoalSwarm suggests that coal-powered plants are declining for the second consecutive year.

The Boom and Bust 2018: tracking the Global Coal Plant Pipeline report notes that China’s restrictions on new coal projects is thought to have had a large strain on the industry, as well as India’s private capital retreating from financing.

The findings indicated that since last year there has been a 28% decline in the number of completed coal plants, or a 41% decline over the past two years.

In terms of construction starts, the industry has been subject to a 29% year-on-year drop, which totals 73% over the two years.

There has been a 22% fall in the permitting and planning of coal-powered plants, or 59% fall since 2016.

“Despite slowdown in construction, overcapacity situation continued to worsen especially in China, India and Indonesia, as new plants continue to come online.”

97GW of coal plant capacity has been retired over the previous three years, with the US retiring 45GW, China 16GW, and the UK 8GW.

“From a climate and health perspective, the trend toward a declining coal power fleet is encouraging, but not happening fast enough,” remarked Ted Nace, Director of CoalSwarm.

“Fortunately, mass production is cutting solar and wind costs much faster than expected, and both financial markets and power planners worldwide are taking notice.”

“It's no surprise that the use of coal is declining worldwide," added Neha Mathew-Shah, Campaign Representative for the Sierra Club’s International Climate and Energy Campaign.

“This has been an accelerating trend over the past few years, and as the cost of clean energy solutions like wind and solar continue to outpace outdated fossil fuels, it's only a matter of time before coal is a thing of the past.”