Coalition, including Microsoft and Amazon, urge EU to back 35% renewables target 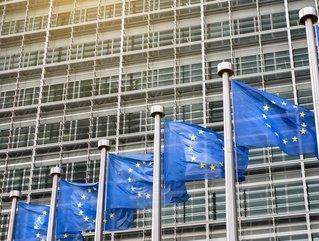 A coalition that comprises of some of the largest companies in the world has formed in order to urge EU energy ministers to back a renewable...

A coalition that comprises of some of the largest companies in the world has formed in order to urge EU energy ministers to back a renewable energy target during a meeting on 18 December.

The coalition includes Amazon, Microsoft, IKEA, Unilever, Dupont, and Philips, and aims to convince ministers to support a renewable energy target of 35% by 2030.

“Signatories of this declaration therefore urge member states to support a renewable energy target of at least 35% by 2030,” the coalition added.

The corporate groups, including the RE100 initiative, launched the appeal prior to the meeting held in Brussels, that will discuss the potential of sourcing 27% of the bloc’s energy from renewables by 2030.

The coalition believes this target is too low, and will not spur investment within renewable energies.

“We believe that the post 2020 Renewable Energy Directive can deliver this target by ensuring stable and predictable national deployment policies and securing existing investments.”

The coalition has asked for ministers to lift regulatory barriers in regards to corporate renewable power purchase agreements (PPAs), which they argue will aid a renewable transition.

According to the groups, corporate PPAs “enable large energy consumers in the IT, chemicals, heavy industries and other sectors, to secure a supply of clean electricity at a competitive price.”