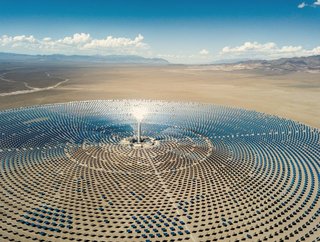 A report released on 27 November by Crown Agents titled “The Solar Revolution” highlights the importance solar power could have on the fu...

A report released on 27 November by Crown Agents titled “The Solar Revolution” highlights the importance solar power could have on the future.

Due to the dramatic fall in the cost of implementing solar projects, as well as major advances on energy storage and monitoring technology, solar is becoming more feasible.

The report argues that it has been the upfront capital expenditure that has off-put many companies from entering the solar market.

However, following the development of new technologies, the costs of building and operating solar projects has significantly reduced.

Off-grid solar power – including batter storage – is currently below 20 cents per kWh, with energy produced from small diesel and petrol generators costing at least three times as much.

Data from the report suggest that households in developing countries could 80% by switching from traditional fuels to solar technology and storage.

“This report shows that advances in technology have enabled solar energy to be cheaper and more reliable than ever before,” commented Fergus Drake, Chief Executive of Crowns Agents.

“Now we need governments, donors and the private sector to get behind solar in a bold way to reach the 1.1 billion people living without electricity today.”

The report also claims that the entire world could be powered by harnessing solar energy from just 1% of the sunshine that falls on the Sahara, and that US$2 million could supply every primary healthcare clinic in Sierra Leone with baseline power.